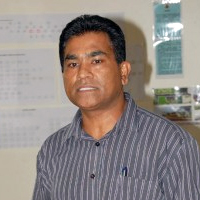 However, Shailendra Prasad believed this is an attempt by the opposition to grab support.

Doctor Sahu Khan who is in NZ could not be reached for a comment.

Stay with us we will have more on Patel and Prasad’s views on the future of Fiji soccer later today.

The Fiji FA Annual General meeting will start at 6 o’clock tonight with the election of the President and four Vice Presidents.