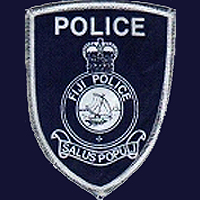 A New Zealand national who was injured after he was allegedly assaulted by four people at his room in a hotel in Nadi was evacuated to New Zealand last week.

A man in his 30s from Tau Village, Nadroga has passed away following an accident after 9 last night. Police say the victim was driving the vehicle ... 54 minutes ago
LATEST NEWS

A Suva businessman is currently being questioned by police for allegedly attempting to rape his staff. The man is in his 60s. The woman who is ... 3 minutes ago