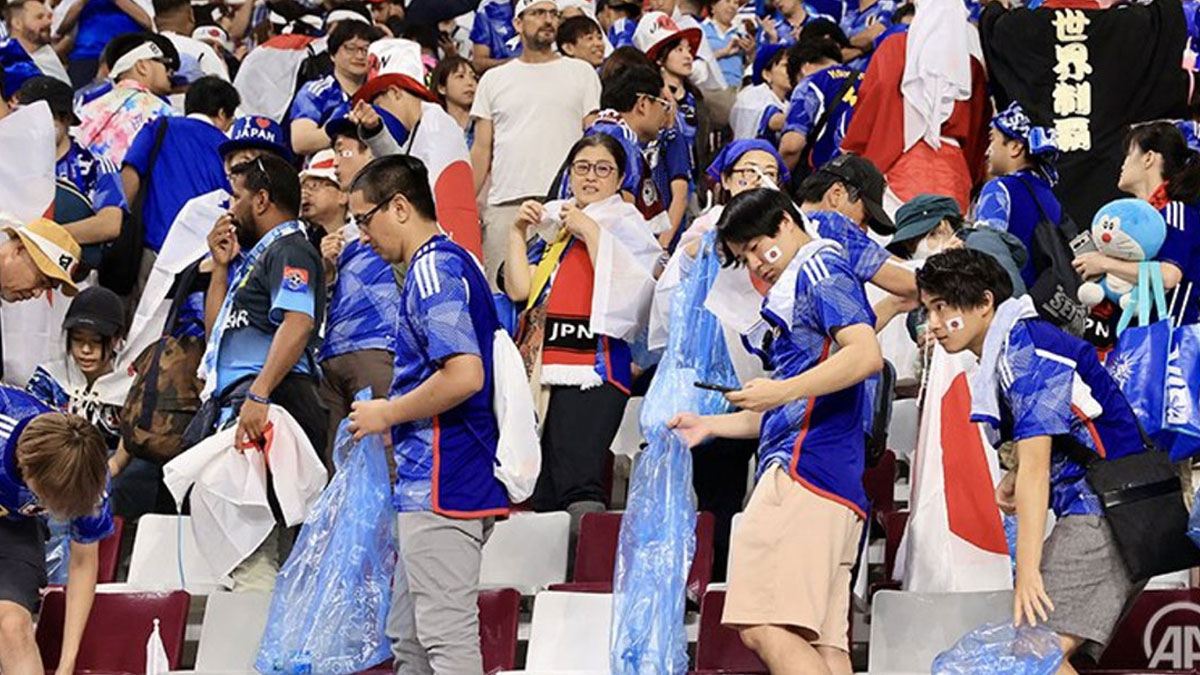 The fans of the Japanese soccer team delayed their 2-1 win celebration over four time champions Germany in their World Cup opener, by demonstrating their best manners and habits are ingrained, no matter the situation.

The Samurai Blue fans in the crowd pressed pause on the party to tidy up after themselves at Khalifa International Stadium in Qatar.

They did the same at the World Cup in Russia four years ago, most notably after a 3-2 defeat by Belgium in the last 16, and again in the 2022 tournament opener between hosts Qatar and Ecuador on Sunday, a match their team was not involved in.

In Japan, cleanliness is a part of the culture and is drilled into its people from early childhood.

Tonight, Switzerland will take on Cameroon at 10pm.

In tomorrow’s matches, South Korea will face Uruguay at 1am, Portugal battles Ghana at 4am while Brazil will play Serbia at 7am.