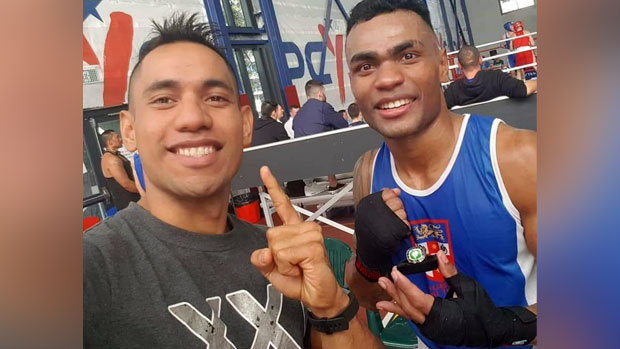 Top Fijian amateur boxers Winston Hill and Jone Davule will be heading to Jordan tomorrow to participate in the Tokyo 2020 boxing qualifiers event.

Hill has represented Fiji at the Rio Olympics and has also won a bronze medal at the 2018 Commonwealth Games.

Davule who is a Police Officer had to settle for a silver medal at the Pacific Games.

Hill says they have been receiving help with some professional boxers and their preparations have been productive.

He says they have seen the results they want in performance and in conditioning.

Davule says he hopes to take his personal sporting achievements up a notch when he competes at the Qualifiers next week.

He says the Commissioner’s parting words have really motivated him in his goal to become an Olympian.

Davule and Hill will feature in the qualifiers from next week.

Stay with us as we will provide you with the latest from Jordan.