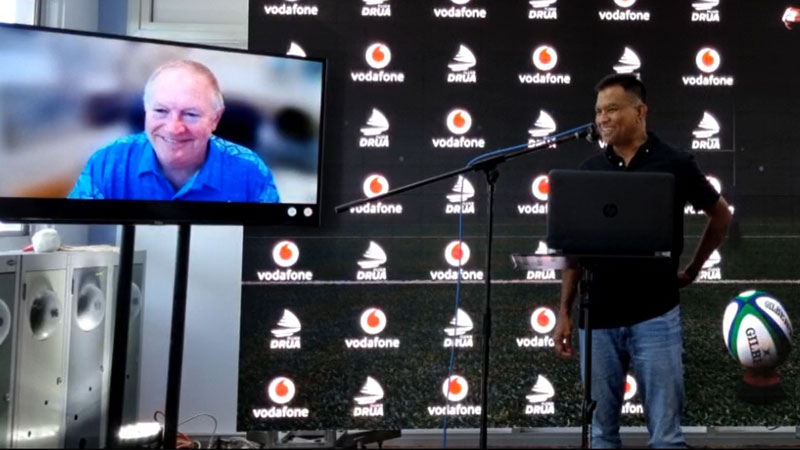 Vodafone Fiji has today signed up to be the Fijian Drua sponsor.

Speaking from Sydney, Fijian Drua CEO Brian Thorburn says this is another very significant day, a moment of history not only for the announcement of the sponsorship between the Drua and Vodafone Fiji, but also because today is their very first match in the Super Rugby Pacific Competition.

Thorburn says the game kicks off in about eight hours and they are just delighted to be connecting with Vodafone.

Vodafone Fiji’s Acting Chief Marketing Officer Shailendra Prasad says they have exciting plans to partner with the Drua in areas of new technology.

Prasad says they are also delighted to help the Drua build their club and supporter base.

The Swire Shipping Fijian Drua will play the Waratahs at 8:45 tonight in Sydney.

In other Super Rugby matches, the Chiefs will take on the Highlanders at 3.35pm tomorrow, the Crusaders will play the Hurricanes at 6.05pm, the Reds will face the Rebels at 8.45pm tomorrow and the Brumbies meet the Western Force at 3pm Sunday.