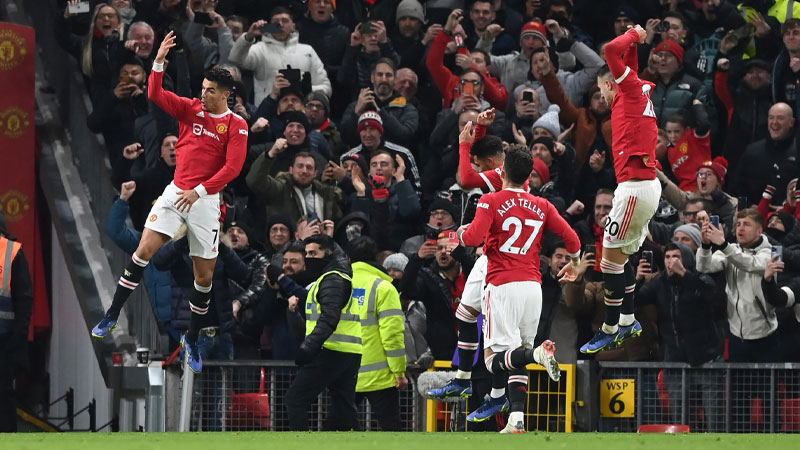 Emile Smith-Rowe gave Arsenal the lead in the 13th minute before Bruno Fernandes equalized for United late in the first half.

Both teams were locked 1-1 at the break.

Ronaldo gave United the lead in the second half however a goal from Martin Odegaard levelled the scores.

This second half has started at 𝗳𝘂𝗹𝗹 pace.

😤 @D_DeGea pulls off a fine save to deny Arsenal, before @Cristiano goes close to putting United ahead at the other end.

With both sides locked at 2-2, Ronaldo stepped up to score his second from the penalty spot after Fred was fouled in the box.

This was Ronaldo’s 801st career goal.

In another match this morning, Tottenham beat Brentford 2-1.