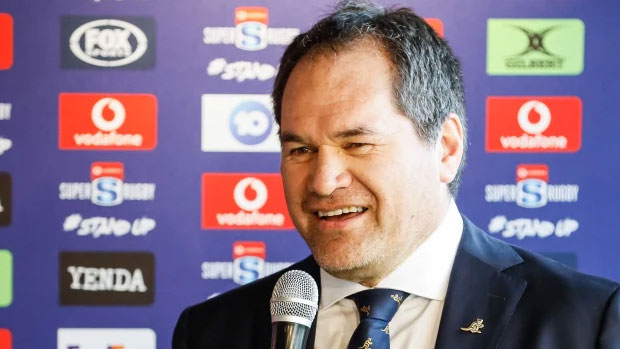 Dave Rennie could walk away as the Wallabies coach even before coaching a single game if under siege Rugby Australia Chief Executive Raelene Castle is sacked.

The Sydney Morning Herald reports that “sources close” to Rennie said the coach “would reconsider his future if Castle was let go.

Rennie says Castle is smart and tough, really keen for change and driven.

This comes after Wallaby great Nick Farr-Jones stated that Phil Kearns can become the new boss of Rugby Australia.

Farr-Jones believes voluntary administration is the likely next step for the embattled organisation.

Castle was already on shaky ground over her handling of the Israel Folau saga that ended with the controversial code-hopper receiving a seven-figure payout.

She has also came under heavy fire from critics for failing to secure a new broadcast deal after longtime partner Fox Sports walked away from the negotiating table.

$20,000 has been donated by Macao-based Chinese company David Group and its charity arm, Soi Ian Charity Association to the COVID-19 Relief ... 48 minutes ago

A live tsunami siren test will be conducted in the Central Division from 10am to 11am tomorrow by the National Disaster Management Office in ... 60 minutes ago