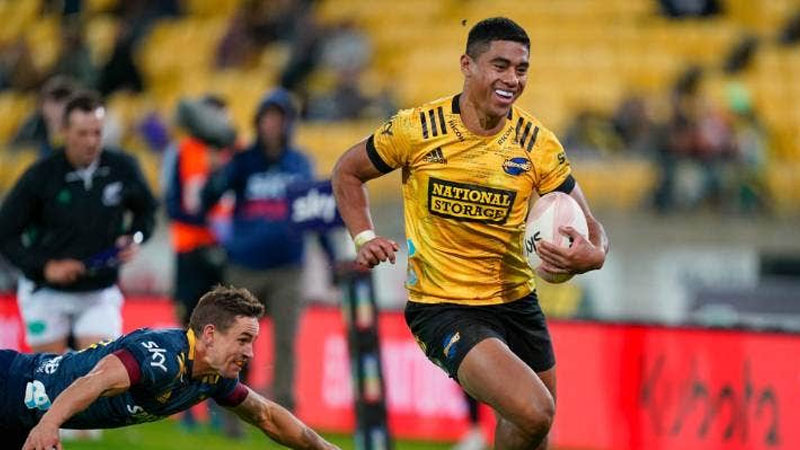 Hurricanes wing Salesi Rayasi tiptoes away for a try against the Highlanders.

Brilliant Hurricanes wing Salesi Rayasi has turned down a shot at an Olympic sevens gold medal and committed to Super Rugby Trans-Tasman.

Hurricanes captain Ardie Savea’ is also targeted to return from a knee injury before June 5th.

Rayasi said last month he was still weighing up a chance to join coach Clark Laidlaw’s New Zealand sevens side for their buildup to Tokyo in July, having last played for them in Sydney in February 2020.