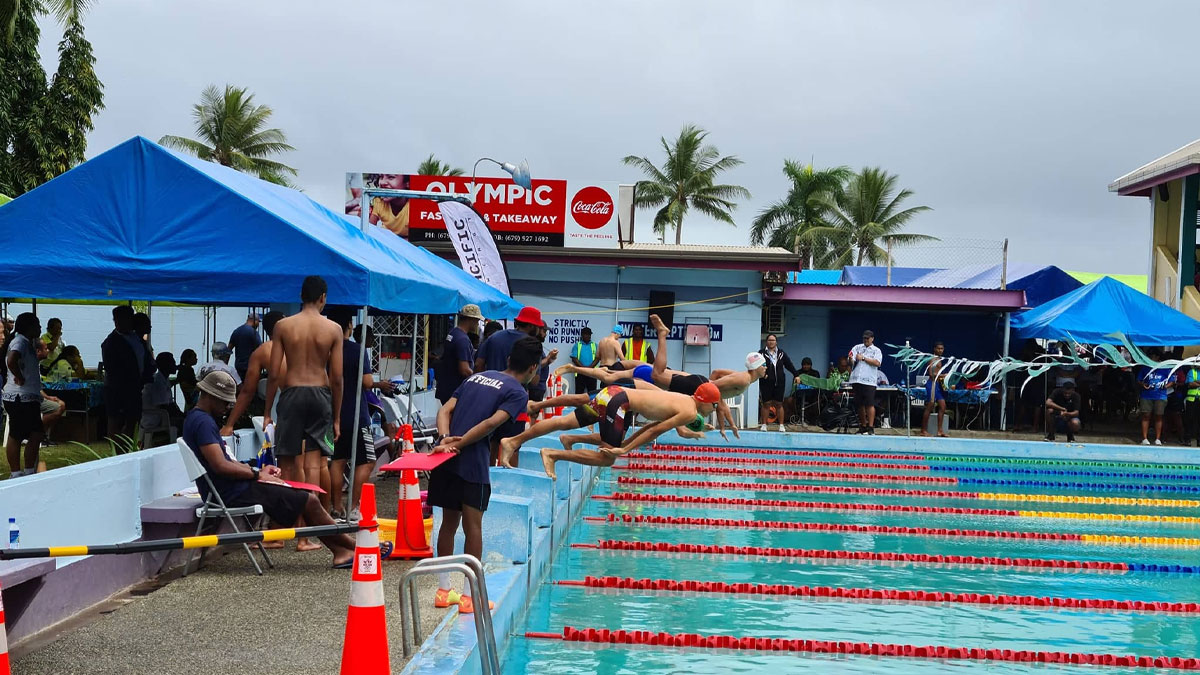 The Ratu Kadavulevu School swim team have made headlines, after a picture of them preparing for the National Swimming Championships went viral on social media.

The swim team from Lodoni were seen training in a river.

RKS Swim Coach Risiate Karavaki says his team of 14 students only had 2 weeks to prepare.

Karavaki adds that they do not have a swimming pool so they made do with what was available.

Karavaki also says that they are using this competition to test out their students and build for the future.

The competition continues tomorrow at the Olympic Pool.