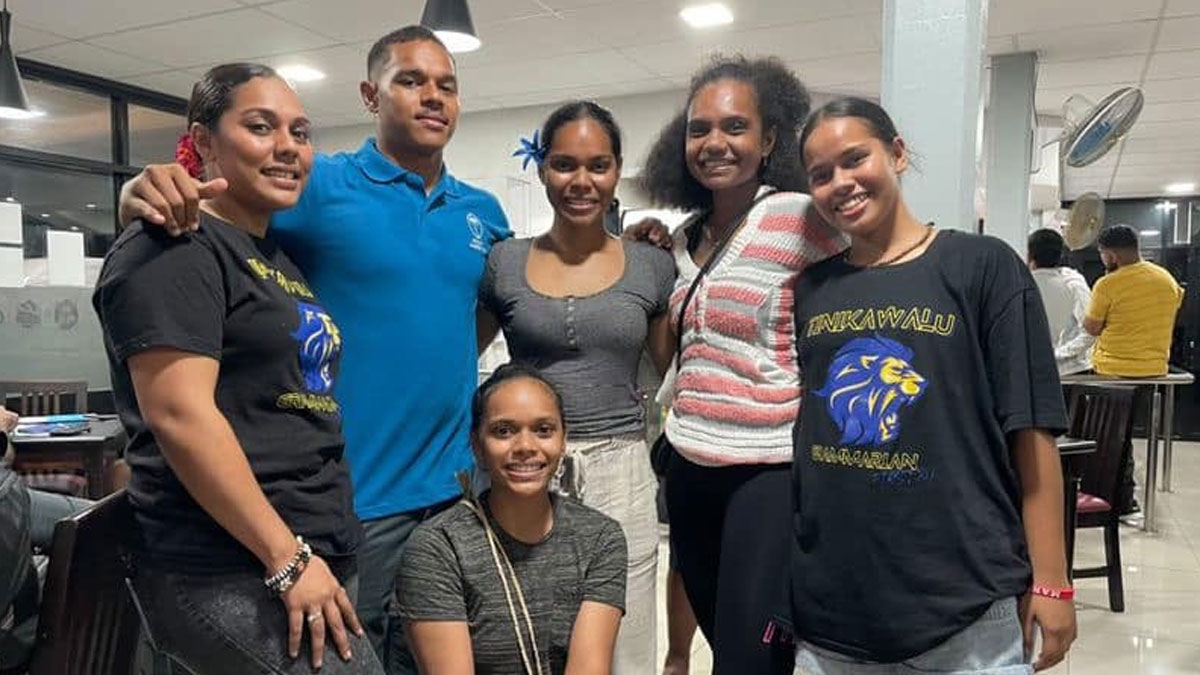 Philip Baselala and his sisters who are his biggest supporters and critics too. [Photo: supplied]

It has been a rapid rise for 18 year old Philip Baselala as he becomes the youngest player for the Swire Shipping Fijian Drua, and his mother Elenoa Baselala says Philip was very passionate about rugby from a very young age.

She says Philip started playing rugby at the age of 8 years when he was in St Agnes Primary School, but she was against rugby for the safety of her son.

The mother of eight says last year was a big year for Philip as he managed to join the Fiji Under 18 squad and the Fiji Warriors.

She says the family is happy for Philip, earning a professional contract at the age of 18 years, as they did not expect him to go this far.

Elenoa says her son, who was the Suva Grammar School halfback, was also part of the FRU High Performance Unit for the past three years.

She adds as a mother, she is concerned about the welfare of her son.

She says they will be at Prince Charles Park this Saturday to support Philip in his first Drua match.

The Fijian Drua will meet the Melbourne Rebels at 3pm, for its first pre-season trial match.