Fiji FACT semi-finals and final postponed till next weekend

Fiji FACT semi-finals and final postponed till next weekend 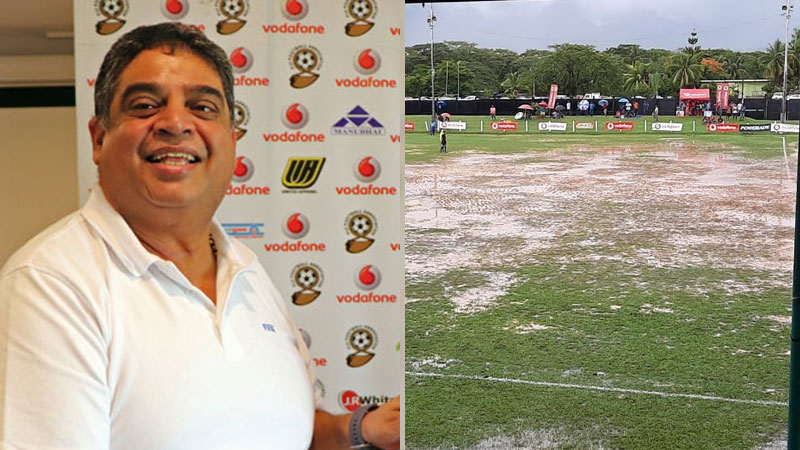 The semi-finals and final of the Vodafone Fiji FACT has been postponed till next weekend due to poor ground conditions at Subrail Park.

Fiji Football Association President Rajesh Patel says they have consulted the Labasa Twon Council and have concluded to play the remaining matches next Saturday and Sunday at Subrail Park.

Patel says if bad weather persists then a decision will be made next week.

He has also confirmed that a decision on the resumption of the semifinal between Nadi and Rewa will be made in the coming days.

Nadi was leading 1-0 till half-time when the match was called off due to unplayable ground conditions.

The Rewa Soccer Association has written to the Fiji Football Association saying their abandoned match against Nadi should be replayed for 90 minutes and not for whatever time that was remaining in the match today.

According to FIFA laws, an abandoned match is replayed unless the competition rules or organisers determine otherwise.

Rewa's President, Nazeel Buksh says Fiji FACT regulations do not stipulate that only the remaining minutes of the game should be replayed and the regulations are silent on this matter.

He adds previously in all tournaments and national soccer league, an abandoned match has been replayed for the full 90 minutes, a precedence set by Fiji FA.

A 40-year-old man was found hiding beside a flower garden in Nepani, Nasinu during curfew hours. Six people were arrested for breaching curfew in ... 59 minutes ago