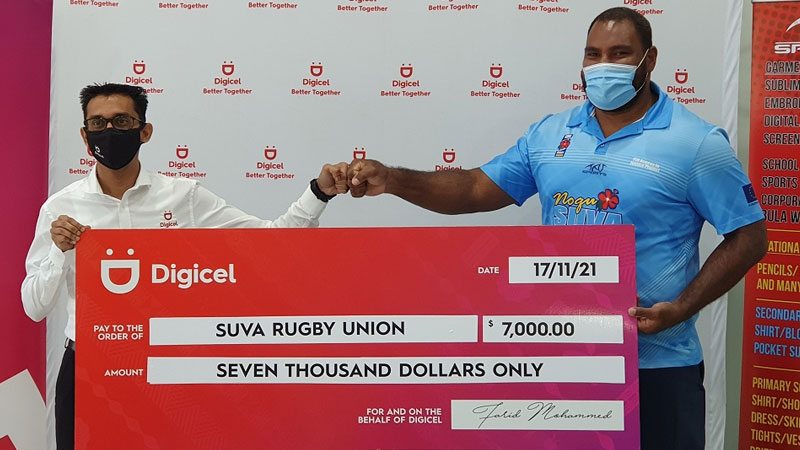 Digicel in partnership with Tau Sports have provided sponsorship for the Suva Rugby 10s Championship which kicks-off this Saturday at Bidesi Park.

Digicel Fiji CEO, Farid Mohammed presented $7,000 cash to the Suva Rugby Union as part of its sponsorship support for the first club rugby tournament to be organised since the lifting of COVID restrictions.

The teams will compete over two weekends and the top 14 teams from each Saturday will engage in final playoffs on 4th December.

Teams participating in the competition will come from as far as Kalokolevu right up to Naitasiri and Naqarani in Rewa along with the rest of the Suva clubs.

There are also 5 women’s teams participating including 2 Fijiana XV teams to assist with their preparation for the World Cup.