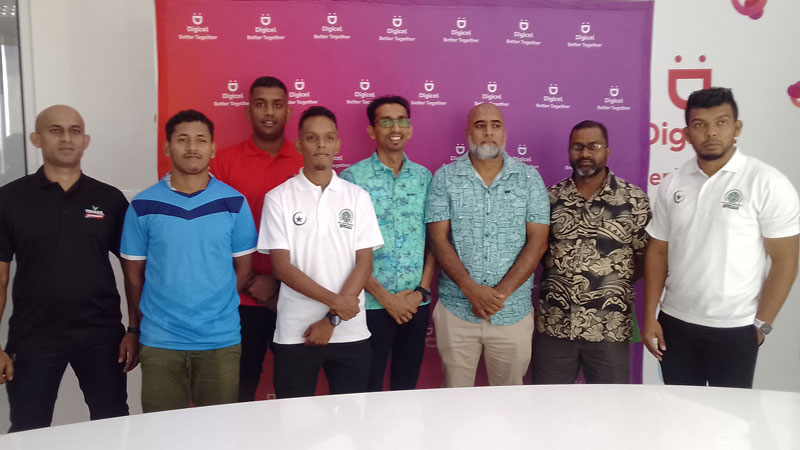 Players and officials of the 2022 Digicel Muslim IDC

Digicel Fiji has once again stepped forward to sponsor the 2022 Digicel Muslim IDC, which will be hosted by Nadi from the 7th to the 12th of June.

While speaking at the event Digicel CEO, Farid Mohammed says it has been a great pleasure to partner with Fiji Muslim League and Fiji Muslim Sports Association since last year.

Mohammed adds they had the privilege of being the naming sponsors for last years IDC.

26 teams will participate in four divisions with 18 teams playing in the main competition.

Ba is the defending champion and Navua is the runner up.

Vice President of FMSA, Mohammed Bari says the first round of pool play will begin on Tuesday at Uprising for the Southern division teams and Prince Charles Park for the Western division teams.

He says the FMSA IDC will provide the platform for many players and the opportunity to be selected in the national team.

Bari adds the tournament proper will start on Friday morning and the final playoff will be on Sunday.

He also says he is hoping the players are ready to display good soccer and good sportsmanship.

A man and his wife who sexually exploited two young girls in Nakasi two years ago, will spend 16 years and 10 months behind bars. The man and his w... 37 minutes ago
LATEST NEWS

Fiji has recorded 66 new COVID cases since Friday. 14 new cases were recorded on Friday, 36 cases on Saturday, 10 cases on Sunday and 6 new cases ... 30 minutes ago

5000 youths are expected to benefit from the Open Skills Training that will be provided by the Commonwealth of Learning in partnership with ... 32 minutes ago