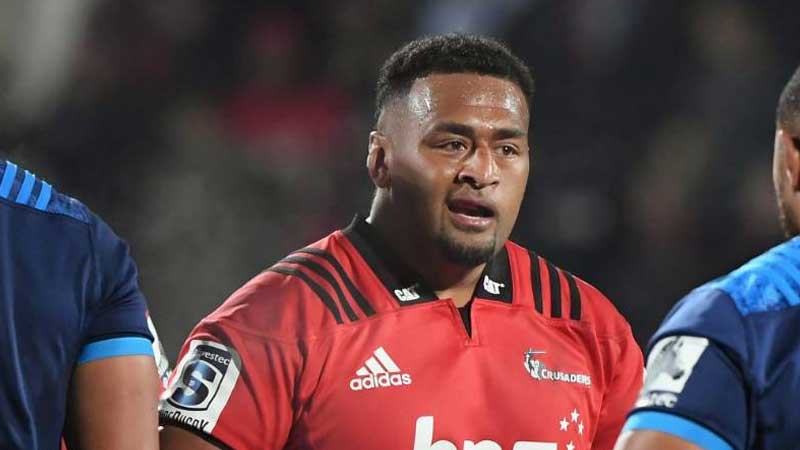 Crusaders coach Scott Robertson had no idea who George Bower was when forwards coach Jason Ryan told him he wanted to bring the prop into the Crusaders ahead of the 2019 season.

Now fast forward to this, Bower’s importance to the Crusaders has never been greater.

First, All Blacks loosehead Tim Perry retired ahead of the 2020 season.

Stuff.co.nz reports Bower will start the final against the Chiefs in Christchurch on Saturday,.

It will be the 28-year-old’s third consecutive run-on since Moody injured his foot against the Hurricanes last month.

Bower, who can play both sides of the scrum, spent time with the All Blacks last year but didn’t earn a cap.

The Crusaders face the Chiefs at 7.05pm Saturday in the Super Rugby Aotearoa final.

Government officials have started contacting some hotels and motels in Suva to possibly use them as COVID-19 quarantine centres for primary contacts o... 3 minutes ago
LATEST NEWS