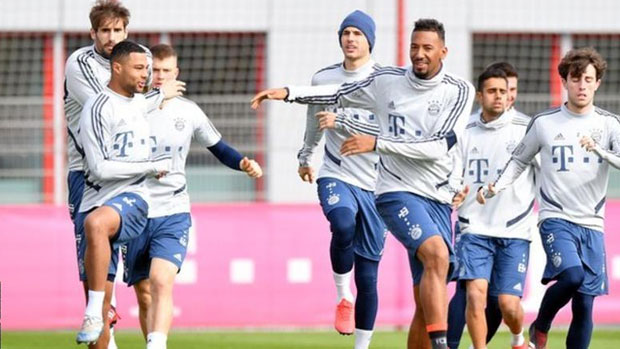 Bayern's players in training before the coronavirus lockdown [Photo:BBC]

Players and directors at Bayern Munich and Borussia Dortmund have agreed to take temporary pay cuts.

Both German giants said the move was to help the other employees at the club financially during the coronavirus crisis.

Players at Union Berlin, 11th in the Bundesliga, announced they will go entirely without their wages.

Last week, Borussia Monchengladbach's players were the first in the country to offer to forgo wages.