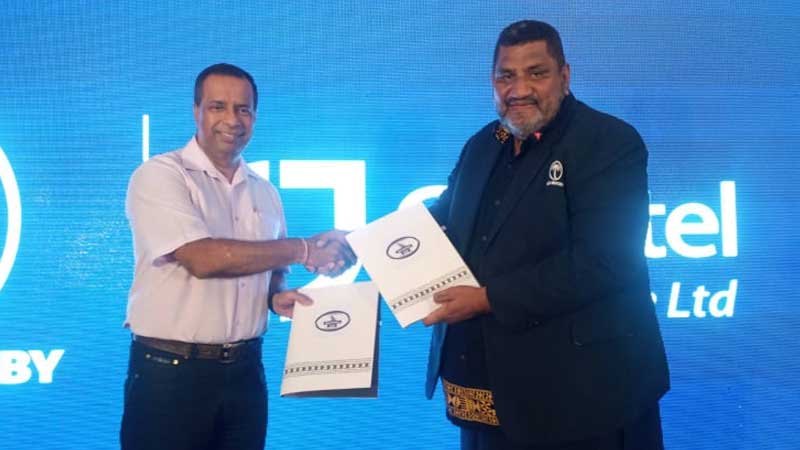 CJ Patel have extended their sponsorship deal with the Fiji Rugby Union for another three years.

The new deal is worth $2 million

This was highlighted by FRU CEO John O'Connor at the launch of the 2021 Skipper Provincial Cup competition and the Inkk Farebrother Sullivan Challenge Trophy.

O'Connor says he used to pray all night regarding the Skipper Cup sponsorship and he is grateful to CJ Patel for coming on board once again.

Nadi will take on Rewa in the Skipper Provincial Cup and the Inkk Farebrother Sullivan Challenge at 3pm Saturday at Prince Charles Park.

In other matches this Saturday, defending champions Suva play Nadroga at the ANZ Stadium, Northland take on Naitasiri at Gatward Park in Korovou while Tailevu play Namosi at the Nakelo District School Ground.

Minister for Communications and Attorney General, Aiyaz Sayed-Khaiyum says more government online services, including the digitalFiji platform and the... 3 hours ago
LATEST NEWS

Religious liberty, as recognized in the Bill of Rights is a founding principle of our Fijian Constitution and as a secular state, we as Fijians are ... 28 minutes ago

The Fiji Sports Council is working together with the Ministry of Health in becoming one of Suva’s host venues to cater the registration and ... 3 hours ago