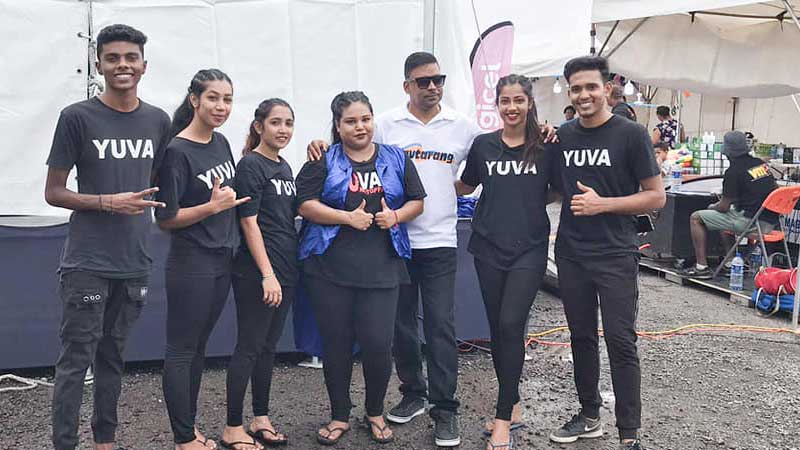 You can expect a lot of exciting and unique performances from the Yuva Dance Crew when they take the stage at the Radio Navtarang and Sargam Rang Barse Stage Show at Rups Mega Complex in Nakasi tomorrow.

The groups co-leader, Kunal Verma says apart from the dance performances, they will also be doing drama to show what Holi is about and why it is celebrated.

He says Holi is also about having fun with loved ones so they will also be performing comedy shows tomorrow.

Verma adds that they have been preparing for over a week and practicing at night as well for the performances.

You will also get to meet your favourite radio personalities tomorrow.

There will also be also be a lot of performances by folk singers who will be singing comedy songs.

The judging of the Navtarang Sargam Rang Birangi Mithaiyan competition will also be held this Sunday.

The shows major sponsors are Apco Paints and Digicel Fiji.

The Radio Navtarang Sargam Rang Barse Holi Show will be held from 12pm to 8pm tomorrow.

Josua Vakurunabili was too strong for the England defence as he scored two tries to help the Fiji Airways Men’s national 7s team beat England 36-10 ... 48 minutes ago
LATEST NEWS

Rako Pasefika was the crowd favourite during the finale of the 15th Fiji Fashion Week show as more than 20 singers and dancers got the opportunity to ... 5 hours ago