World News: 50 migrants found dead inside a truck in Texas

World News: 50 migrants found dead inside a truck in Texas 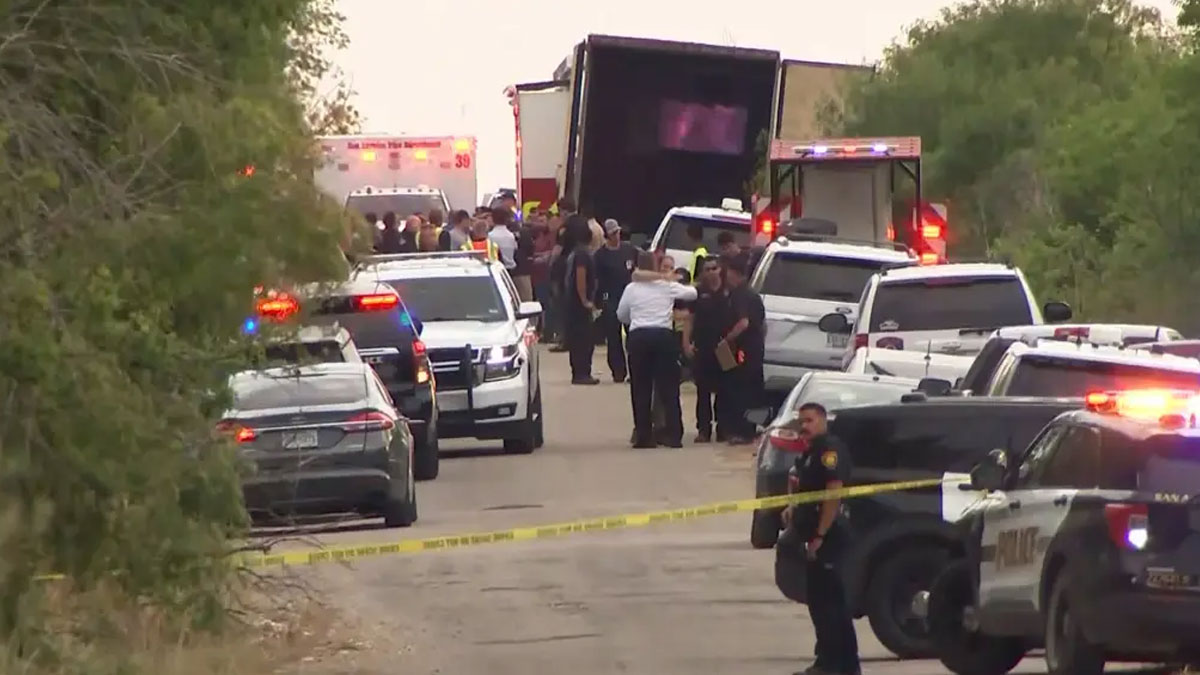 The bodies of 50 migrants were discovered inside a tractor-trailer in San Antonio, Texas, in one of the most deadly recent incidents of human smuggling along the U.S.-Mexico border.

Nearly two dozen Mexicans, seven Guatemalans and two Hondurans were among the dead.

Those found alive, including four children, were taken to hospital.

Authorities are working to confirm the nationalities of remaining victims.

According to US authorities, three people "believed to be part of the smuggling conspiracy" have been taken into custody.

Olivia Newton-John, the Australian singer whose voice and wholesome beauty made her one of the biggest pop stars of the '70s and charmed generations ... 24 minutes ago