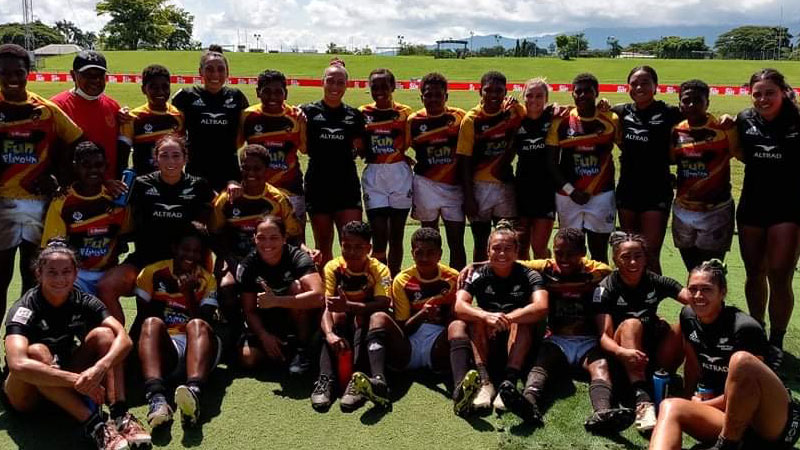 The Women’s semi-finals at the Fun Flavour Super 7s series have been confirmed.

Seahawks will face Army while Lautoka will battle New Zealand.

Lautoka beat Yasawa 21-5 while New Zealand thrashed Fire Wardens 24-0 to book their spot in the semi-final.

The semi-finals will start at 11.50am while the final will be played at 7.50 tonight.