We have not been alleged of misuse of funds- Tikoduadua

We have not been alleged of misuse of funds- Tikoduadua 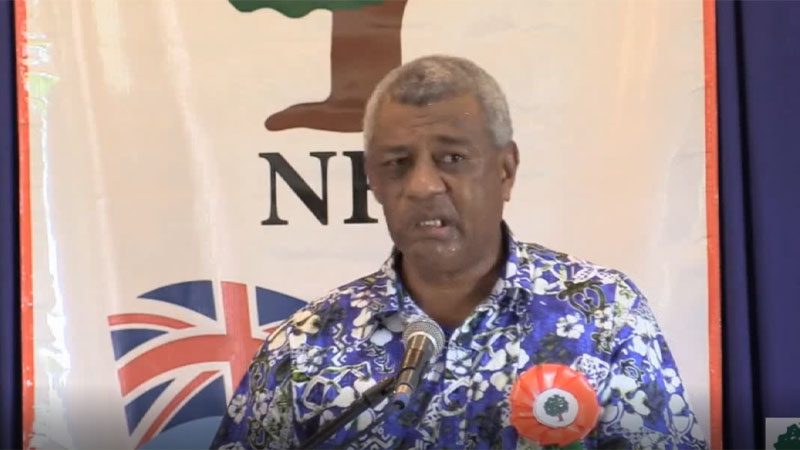 National Federation Party President Pio Tikoduadua says no one and not even the Registrar has alleged them of abuse of funds and he has only questioned them about their financial record and paperwork.

While speaking at the Party's Annual General Meeting at Albert Park this morning, Tikoduadua has assured the people of Fiji that there has been no misuse of funds within the party as they have very little money to misuse anyway.

Tikoduadua says they are a small party and cannot collect millions of dollars in donations from the rich like some other parties.

He says they do not agree with the discrepancies found by the Registrar of Political Parties but believes that their record keeping and accounting needs to be sharpened up.

Tikoduadua says as the Party President it is his responsibility to get this right.

Registrar of Political Parties, Mohammed Saneem had yesterday said that discrepancies have been found after the completion of the verification exercise on the disclosures provided by the National Federation Party.

Saneem says the Registrar has found the NFP’s list of donations for the years 2015 to 2019 are not true and accurate reflections of the donations and money received by the party and this constitutes a breach.

Saneem says the Registrar has opted not to de-register the NFP as yet and will allow the party to rectify the errors and furnish the Registrar with disclosures that accurately reflect the requirements.

NFP has been given 21 days to do this. If the party fails to do this, the Registrar may suspend the party.

The NFP was asked to provide the Registrar with sources of funds, the amount of money received from its members and supporters and the amount and the sources of donations given to the party.

Saneem says amounts and sources of donations list are not a true and proper reflection of the donations received by the NFP.

He says the NFP has neglected or failed to issue receipts for all the money that it received.

Saneem further says the NFP failed to declare and reconcile their deposits in the bank account.

He says the party also conducted fundraising but failed to account for all the proceeds accurately in the books of accounts.

The Registrar has also revealed that the NFP had opened a bank account titled Relief and Welfare Funds in 2016 and later this same account began to be used for general operations of the party and donations to this account were not properly recorded in the list of donations submitted to the Registrar.

The Nadi Weather Office has predicted that one to three tropical cyclones are likely to cross Fiji’s Exclusive Economic Zone during the 2020/2021 cy... 12 hours ago
LATEST NEWS

Digicel Fiji has today launched their new logo and announced their new Prime All In Bundles which includes 70GB of data for 30 days for ... 13 hours ago

Prime Minister Voreqe Bainimarama says Fiji is one of the few countries in the world where a new school building can be safely opened for its ... 14 hours ago