Water level rising in parts of Nadi and Tavua

Water level rising in parts of Nadi and Tavua 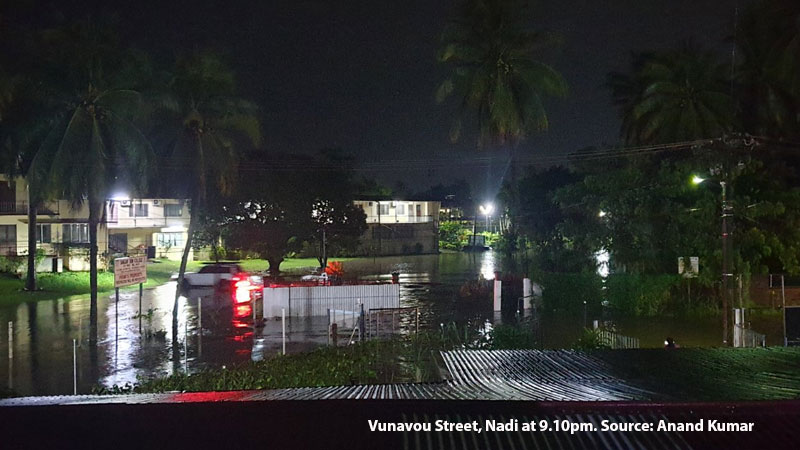 A resident of Vunavou Street in Nadi Town says flood waters have started to rise and some families are moving to evacuation centres.

Anand Sami Kumar says he is currently moving his neighbours to the Sangam Sadhu Kuppuswamy Memorial College which is an evacuation centre.

Kumar says there is about 2 feet of water at the Nadi Bus Stand, Nadi Temple and close to the Farmers Club.

He adds there is continuous heavy rain and flood water levels continue to rise.

A resident of Waqadra in Nadi, Avneel Abhishay says his family is moving all their belongings to higher ground.

He says they will soon move to higher ground if water level increases.

According to Nadi Police Station, parts of Nadi Back Road, Momi Road, Nalovo, Yako Village and Nasau are flooded.

He says the Tavua Bridge, Natawa and Yaladro areas are flooded.

If you are living in a flood prone area, then please take precaution now and move to higher ground or to the nearest evacuation centre.