Vote for your Fijivillage Fan Player; Habosi, Tamani or Vota

Vote for your Fijivillage Fan Player; Habosi, Tamani or Vota 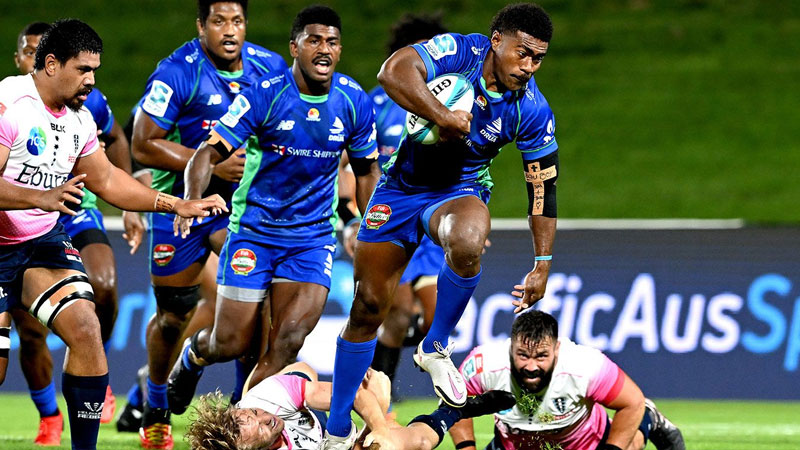 You can now vote for the Fijivillage Fan Player of the Match for Round 15 of the Super Rugby Pacific.

Habosi was tremendous in attack and defence and assisted in Kalaveti Ravouvou's try in the 69th minute.

Apisalome Vota scored a double to help the Drua to close their Super Rugby Pacific season on a high note.

Tamani was instrumental in the breakdowns and broke the line of defence whenever the ball was in hand.

Meanwhile, the Drua finished their first season of the Super Rugby Pacific by winning two matches against the Rebels in round three and the Moana Pasifika in round thirteen.

The Super Rugby Pacific quarterfinals will see the 10-times champions Crusaders host the Queensland Reds at Orangetheory Stadium in Christchurch at 7.05pm Friday.

The tournament moves to Hamilton in Waikato where the Chiefs meet the Waratahs at FMG Stadium at 4.35pm Saturday.

The table-topping Blues will play the Highlanders at Eden Park in Auckland at 7.05pm Saturday.

Finally, the last quarter-final is at GIO Stadium in Canberra, Australia, where the Brumbies play the Hurricanes at 9.45pm Saturday.

To vote click here: Fijivillage Fan Player of the Match

As pre-polling starts from Monday in over 660 locations, Supervisor of Elections, Mohammed Saneem says the time period for voting for each area ... 55 minutes ago