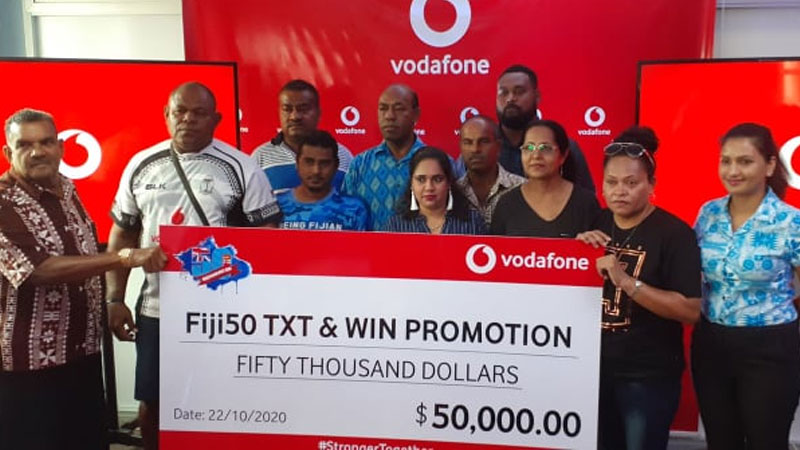 Vodafone has given away $50,000 to 10 lucky winners through their Fiji Day Fiji50 promotion.

Melania Bukamoto from Savusavu says this is the third time she has won with Vodafone.

Bukamoto says she worked at a resort but was laid off because of the pandemic.

She says she will use this money to start her grog business.

Bukamoto says she had already applied for a loan but this money will just add to what she received.

She says her husband is a taxi driver but his income has also been affected because of COVID-19.

The aspiring businesswoman hopes she will now be able to provide for her family.

Meanwhile, Rajendra Prasad from Siberia, Labasa says he and his wife have been living on Social Welfare pension.

He says this money will enable him to fix his two bedroom corrugated iron and timber home that needs repair.

Retired Police Inspector, Abhay Chand says he will give the money to his only daughter who is building her home in Nadi.

Russia is starting its COVID-19 vaccination programme, with clinics in the capital Moscow vaccinating those most at risk from the virus. Its own ... 56 minutes ago

Argentina has passed a new tax on its wealthiest people to pay for medical supplies and relief measures amid the ongoing coronavirus ... 58 minutes ago