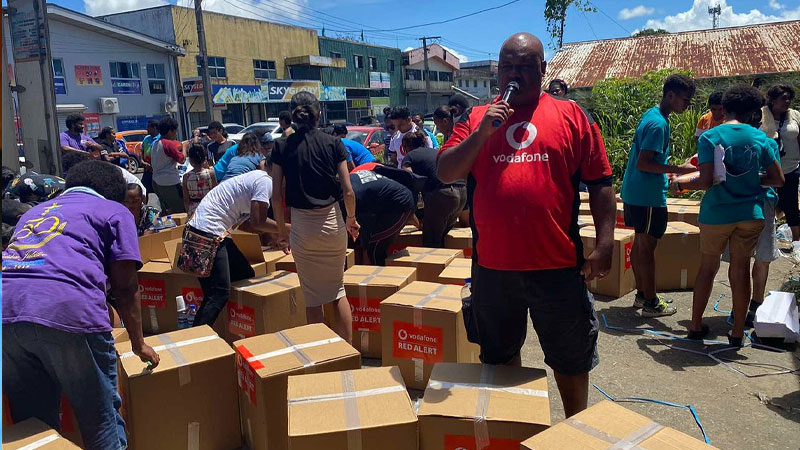 Vodafone Fiji relief packages have started to reach the most affected families in the Northern Division whose lives were severely affected by Tropical Cyclone Yasa.

Three trucks left Suva for the Northern Division yesterday morning with about 500 cartons of relief items.

Vodafone Fiji’s Head of E-Commerce and Corporate Affairs, Shailendra Prasad says each carton has building materials such as pinch bars, hammers, handsaw and nails that will assist affected families in rebuilding their homes.

He says they also included a big tarpaulin which families can use as a temporary roof.

He adds based on the survey done by the National Disaster Management Office, DISMAC and their northern team, the assistance will target families in the most affected areas.

In each carton, they have included items such as dried fruit, biscuits, tinned stuff, noodles, toiletries, bottles of water, flour, candles, plastic plates and utensils, bedsheets and pillow cases.