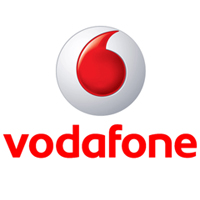 Details of a major deal in the region is expected to be announced within hours as Papua New Guinea's Prime Minister, Peter O'Neill has confirmed today that his cabinet has granted Vodafone the right to begin operations in PNG.

It was earlier revealed that they agreed that IPBC would become the majority shareholder with 51% of the shares in bemobile and the Fiji National Provident Fund would invest capital to take a 41% stake.

The National has also said that under the deal, Vodafone Fiji will manage the company under a management contract and the Vodafone brand will be launched in PNG and the Solomons.

In an interview with our sister station in PNG, PNGFM, Peter O'Neill said the PNG government will retain 51% of the shares in Bemobile.

But he said competition in the mobile phone market is coming to PNG.

Vodafone Fiji has referred all queries to FNPF.

We have asked FNPF about the total value of investments in this deal and the expected return.

FNPF Chief Executive Officer, Aisake Taito said the Fund will release more information of this arrangement in due course.

Minister for Economy Aiyaz Sayed-Khaiyum says Fiji has the capacity to buy the COVID-19 vaccines and they are not just relying on aid or ... 10 hours ago

The idea of possibly exporting marijuana for medicinal purposes as an alternative to earn export funds has been recommended during the round table ... 11 hours ago