7 new locally transmitted COVID-19 cases have been confirmed and the Permanent Secretary for Health, Doctor James Fong says the recent cases from Lautoka and Suva are troubling as they point to wider transmission in these areas.

The first case is a 30-year-old woman from Field 40 Lautoka who presented to the Kamikamica Health Centre with severe COVID-19 symptoms. She had been sick for three weeks.

She has been admitted to the Lautoka Hospital Isolation Unit and the members of her household have been quarantined.

Doctor Fong says this patient had some contact with medical officers and nurses within the health centre, which requires the ministry to temporarily close the centre to the public.

However, he says the level of exposure among their clinical staff is not as extensive as was the case for Lautoka Hospital. They expect the centre to re-open to the public following a thorough decontamination exercise.

Doctor Fong says the second case is a 20-year-old woman who presented to the Makoi Screening Clinic with COVID symptoms.

He says investigations have revealed that she had contact with the household of the Makoi family cluster but was not identified as a contact at the time. She has been entered into isolation along with her household members. Three of her household members have since tested positive for the virus.

The Permanent Secretary says this case again highlights how important it is for everyone to download the careFIJI app.

He says some of the recent cases have shown them just how unreliable a person’s memory can be during a contact tracing investigation and those gaps have cost them dearly. The 6th case is a 26-year-old man, and is the husband of a previously announced local case, case 75, from Kerebula, Nadi.

He has been in a border quarantine facility in Nadi since April 18th and does not pose any transmission risk to the public.

The 7th case is a 35-year-old man from Saru, Lautoka who presented with symptoms at Natabua Health Centre. He and his household contacts are being taken into isolation.

Doctor Fong says in response, they have to widen their approach, and they have taken some important steps to enlist the private sector as part of a whole-of-society containment effort.

He says to increase quarantine quality and capacity, they will be using several of Suva’s hotels and motels as quarantine centres for primary contacts of new cases.

To lighten the patient load on the healthcare facilities, as they are doing in the West, Doctor Fong says private general practitioners in the Suva-Nausori-Lami corridor will soon offer non-COVID-related treatments and consultations to those Fijians who normally cannot afford to visit a private practitioner.

Government will directly pay the private practitioners for the treatment and consultations provided for such people. Doctor Fong says for those under home quarantine orders, they will be outsourcing grocery delivery services to private companies.

That means that government will directly engage private companies to deliver groceries to the families under stay-at-home orders. This engagement of the private sector is being done in conjunction with the Ministry of Economy.

Doctor Fong says bringing these companies on board does more than lend efficiency, it allows businesses in Fiji to earn money and re-ignite employment and hiring.

He says this will also allow his teams to focus their energy and resources entirely on matters directly related to the containment of the virus. 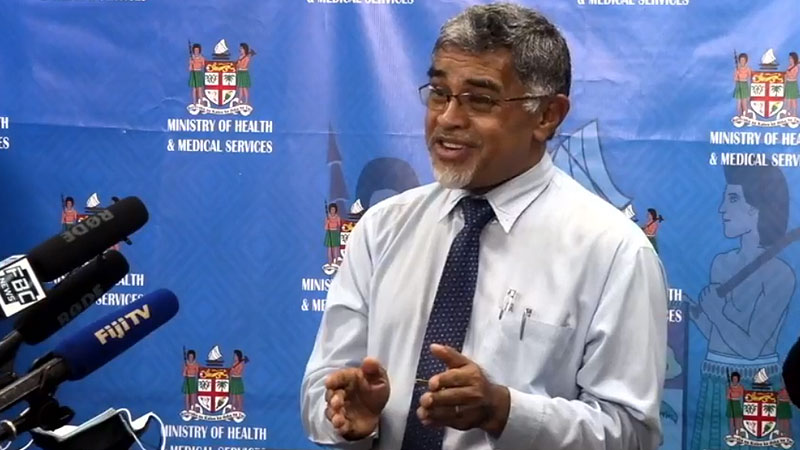 Permanent Secretary for Health, Doctor James Fong says they will now be resetting their COVID-19 testing strategy to target the containment areas of Suva, Nausori, Lami, Nadi, Lautoka and Ra while areas outside of these zones will stop mass testing and revert to the testing protocol in place prior to the outbreak.

Doctor Fong says we must use all our resources to take the fight to where we know the outbreak is happening.

He says investigations have also revealed more about case 128, the nurse who works in Raiwaqa Health Centre.

All 37 staff of the centre have tested negative.

Following decontamination, they expect to re-open the facility to the public.

The nurse had careFIJI installed and kept it running while she was away from her home and at work.

She had told the ministry that she was diligent about mask-wearing.

He says this is a positive sign, though they are still aggressively tracing her movements and identifying those she had contacted.

Doctor Fong says her husband, who is case number 129, also had careFIJI installed, though for the most part, he did not travel.

He says the husband spent most days at home and by mostly staying home, it’s likely he’s cut off his own chain of transmission before it had a chance to begin.

The couple resides together in Kinoya with no other household members.

Doctor Fong says they have not linked either case to other patients.

He says there are a few points of interest in the nurse’s travel history, but none are definitive as a source point of transmission.

In response to these clusters, the mobile screening teams will be targeting the Makoi, Kinoya, Saru and Raiwaqa areas over the next several days.

The Health Ministry teams will go house-to-house checking individuals for COVID-like symptoms and asking simple questions to determine the travel history of Fijians in the area.

The results of the screening exercise will determine the need for a larger, more stringent lockdown.

He says that is a measure of absolute last resort that will be taken only if the data they obtain provide them with no other medical recourse. He knows these new cases may serve as a shock to many of us but they are evidence that the mobile and stationary screening exercises are actually working as they are flushing cases from the community.

Doctor Fong says you should assume there already is one case in your area. He says in fact, you should assume that you yourself have already been exposed to COVID-19. Wear a mask, maintain physical distance, install careFIJI and keep Bluetooth switched on, cough in your elbow or in a tissue that you immediately discard, avoid physical contact with anyone else if you can help it, and if you feel unwell, visit a screening clinic or call 158. 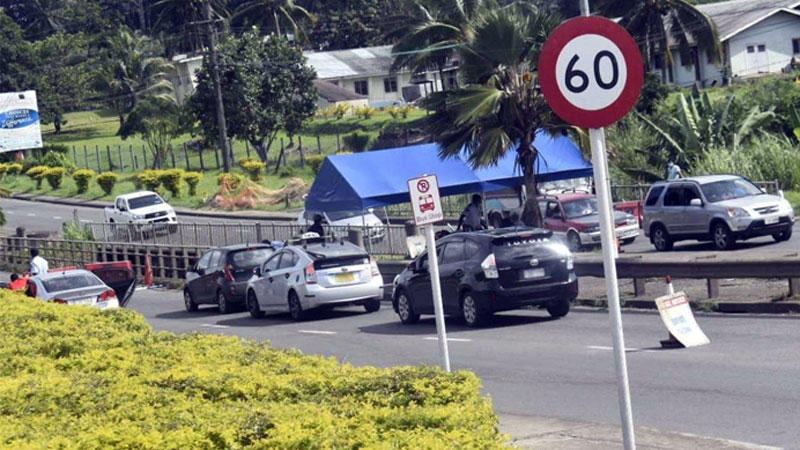 The Health Ministry has announced that those on Viti Levu who are currently outside of the containment area they live in will be allowed to return to their homes from 4am today to 11pm Sunday.

Doctor Fong says this is a window for one-way travel only.

Doctor Fong says as you travel, police will be taking contact tracing information at each border point to assist should you be considered a person of interest. He says he knows there are some people within a containment area who are looking to move to a non-containment area.

Second doses of vaccines to be administered for 6,000 of the frontliners this month 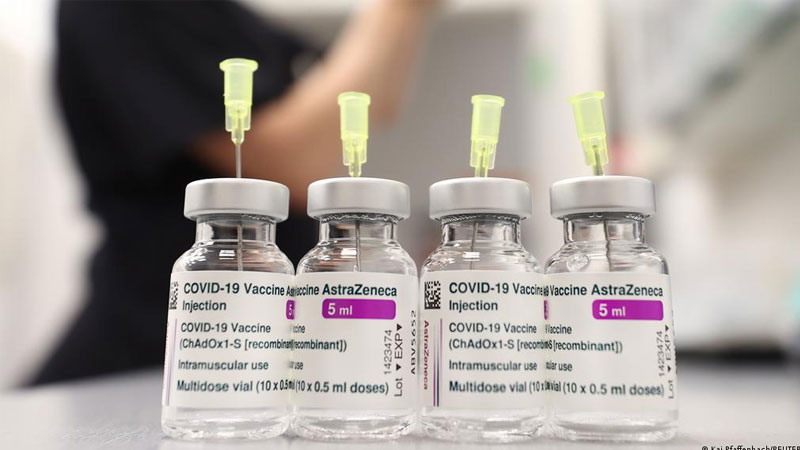 93,000 people have received their first dose of COVID-19 vaccines.

Permanent Secretary for Health, Doctor James Fong says the COVID-safe habits are the best defence we have.

He says from today, and through the coming weeks and months, more Fijians will have the opportunity to protect themselves through vaccines.

They have administered more than 24,000 doses from the latest COVAX shipment of vaccines.

Another 21,600 doses were received from COVAX last night.

Also, 10,000 doses arrived in Fiji last night from Australia, the first of many monthly installments.

Doctor Fong this month, they will start administering the second doses of vaccines in line with the proper dosage timeline for 6,000 of the frontliners, making them the first fully vaccinated Fijians.

In the interest of protecting everyone, they will have details to announce about the next deployment schedule of vaccines today.

They are not doing medical frontline work – Dr Fong 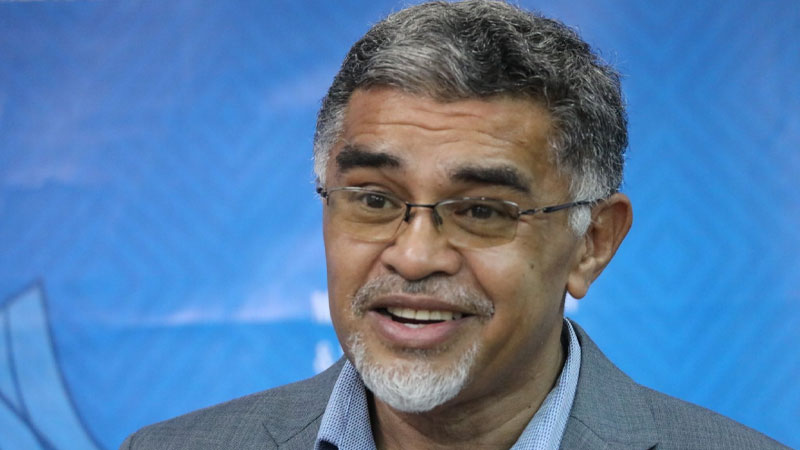 Permanent Secretary for Health Doctor James Fong says other civil servants will not be doing medical frontline work and they will only provide supporting roles.

He says some civil servants have been brought in to help provide food to those doing contact tracing and some are helping drive vehicles.

Permanent Secretary for Education Anjeela Jokhan has also confirmed that some teachers have volunteered to provide supporting roles to the Health Ministry. 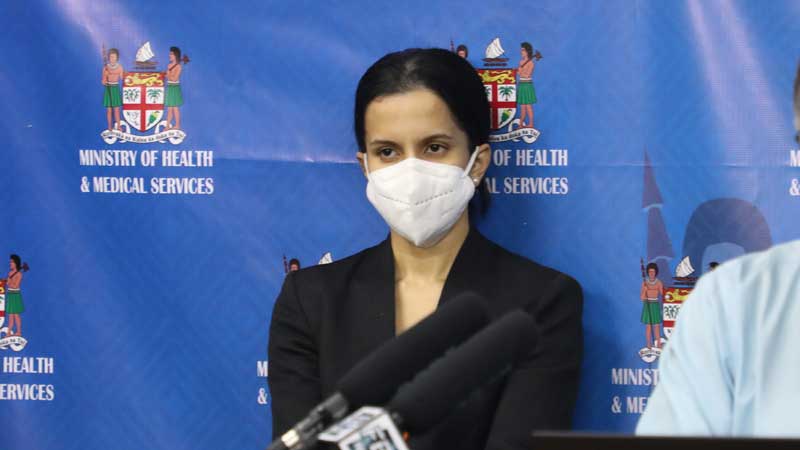 Fiji now has 49 active cases as we have recorded 7 new locally transmitted cases.

The Head of the Health Protection, Dr Aalisha Sahukhan says 6 cases are under investigation.

She also highlighted that they have done 61,403 tests since last year and a daily average of 1,484 tests.

Dr. Sahukhan says Fiji has a had a total of 136 cases with 84 recoveries and 3 deaths. 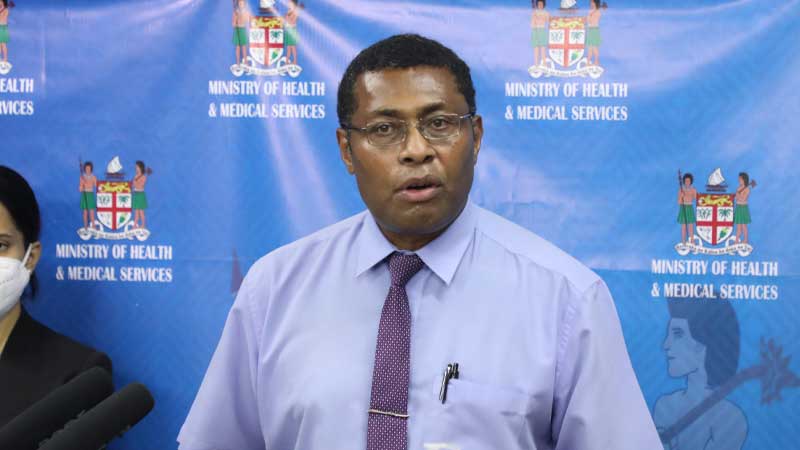 Chief Medical Advisor Dr. Jemesa Tudravu says they anticipate the FEMAT Field Hospitals at the old Government Supplies building in Natokowaqa and Nadovu Park in Lautoka to be operational by tomorrow.

Dr. Tudravu says the teams are completing the set-up.

These hospitals will link with other health facilities in Lautoka, Nadi and Ba hospitals.

Dr. Tudravu highlighted that the FEMAT Teams are on standby to help the Punjas Health Centre.

Dr.Tudravu says the Viseisei Health Centre continues to care for pregnant mothers and from yesterday till today they delivered 10 babies.

He has reminded people who go to the health centres that they will be swabbed.

Dr. Tudravu says the Raiwaqa Health Centre will be decontaminated and they expect to re-open it by Sunday.