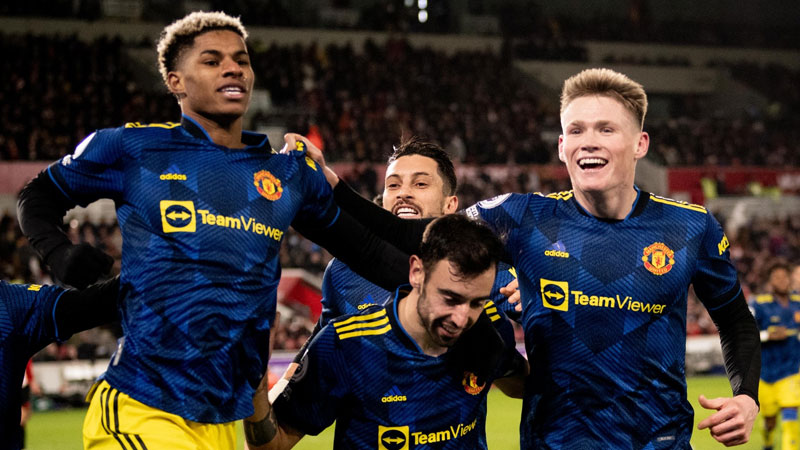 Manchester United scored three goals in the second half as they beat Brentford 3-1 in the English Premier League this morning.

Anthony Elanga, Mason Greenwood and Marcus Rashford scored a goal each for United.

In another match this morning, Tottenham scored two goals in injury time to beat Leicester City 3-2.

Leicester were leading 2-1 when substitute Steven Bergwijn scored in the 95th minute and then in the 97th minute to complete the turnaround.

Harry Kane scored the other goal for Tottenham.