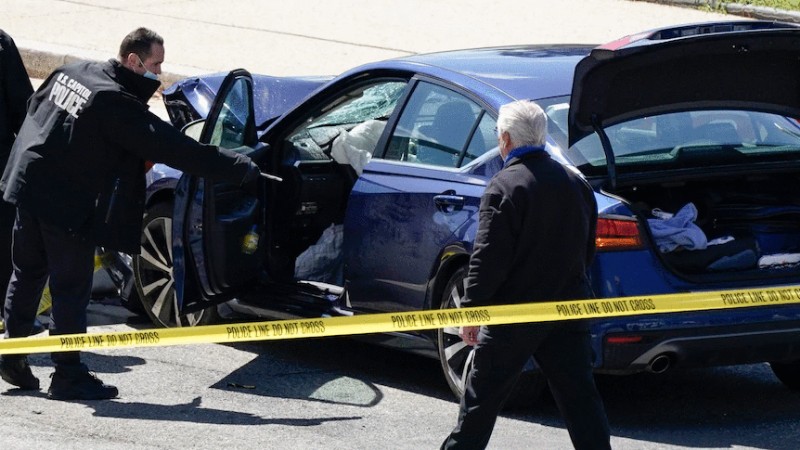 A US Police officer has been killed after a man rammed a car into two officers at a barricade outside the US Capitol and then emerged wielding a knife.

A video showed the driver of the crashed car emerging with a knife in his hand and starting to run at the pair of officers.

The driver stabbed one of the officers.

Authorities shot the suspect, who died at a hospital.

Police say there was no longer an ongoing threat and that the attack did not appear to be related to terrorism.

Abc.net.au reports it comes as the Washington region remains on edge nearly three months after a mob of armed insurrectionists stormed the Capitol as Congress was voting to certify Joe Biden's presidential win.

Five people died in the January 6 riot, including Capitol Police officer Brian Sicknick, who was among a badly outnumbered force trying to fight off insurrectionists who supported former president Donald Trump's bid to overturn the election.

China has donated 17 hospital beds worth $25,500 to aid Fiji with its current response to COVID-19. The Fijian government in a statement says this ... 4 minutes ago

After a temporary pause, Gaza militants have launched more rockets into Israel. BBC News reports a strike on southern Israel has killed two ... 51 minutes ago

Permanent Secretary for Health, Doctor James Fong says it has been 30 days since this year’s first local case of COVID-19, and he is telling people ... 9 hours ago

Permanent Secretary for Health, Doctor James Fong says we have to at least begin the process of putting forward COVID-safe business plans that manage ... 9 hours ago

Permanent Secretary for Health Dr. James Fong says while the case in Labasa is a false positive, it did turn out there was a movement from a ... 9 hours ago
More News
TOP