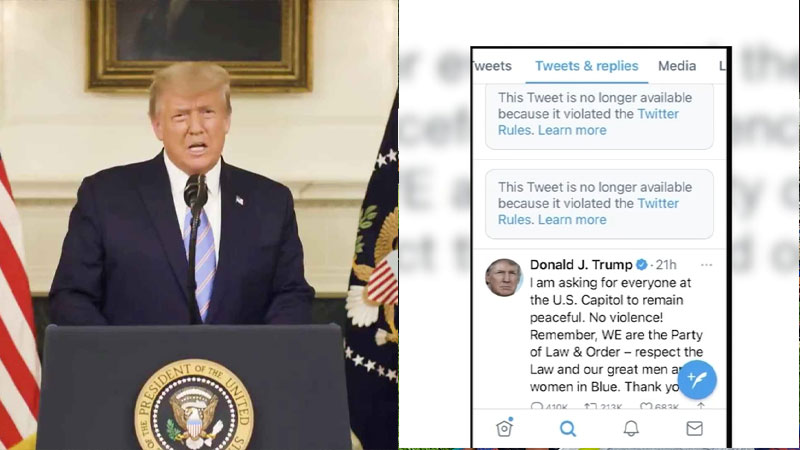 Twitter has permanently suspended US President Donald Trump’s account on citing “the risk of further incitement of violence.”

Trump’s account was initially banned for 12 hours due to “severe violations of our Civic Integrity policy,” after he used the platform to tweet condemnation against Vice President Mike Pence as his supporters stormed the Capitol.

The company banned the president’s account after years of public pressure and several attempts to limit the reach of his account in recent days.

NBC News reports hundreds of Twitter employees signed a letter urging Twitter CEO Jack Dorsey to ban the president for using the platform to incite violence in the wake of the Capitol siege.

China has donated 17 hospital beds worth $25,500 to aid Fiji with its current response to COVID-19. The Fijian government in a statement says this ... 49 minutes ago