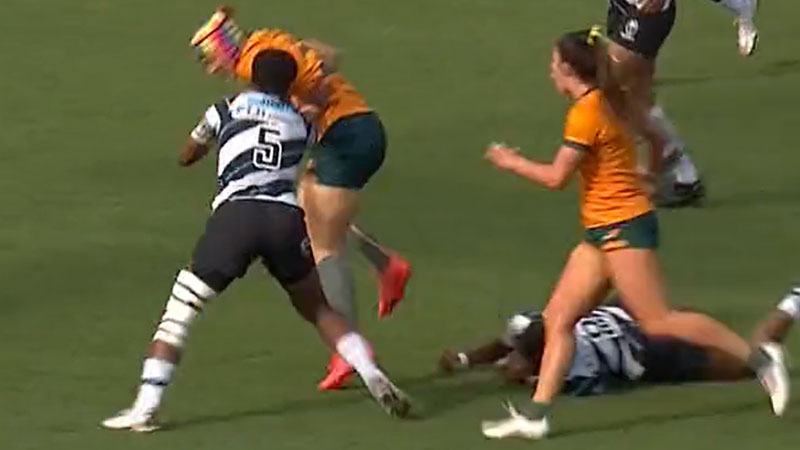 The Fiji Airways Fijiana 7s went down fighting 31-21 against Australia in their second pool game at the Toulouse 7s in France.

Reapi Ulunisau scored two converted tries in the first half to give Fiji a 14-12 lead at the break.

Alowesi Nakoci added Fiji’s third try in the second half.

Australia outscored Fiji with two tries in the first half and sealed the game with a further three tries in the second half.

Despite the loss, the Fijiana 7s team still has a chance to qualify for the cup quarters with their last pool game against South Africa at 8.14pm today.

The women’s cup quarterfinals will start at 3.42am tomorrow, the semifinals will begin at 11.30pm tomorrow and the final will be played at 3.56am on Monday. 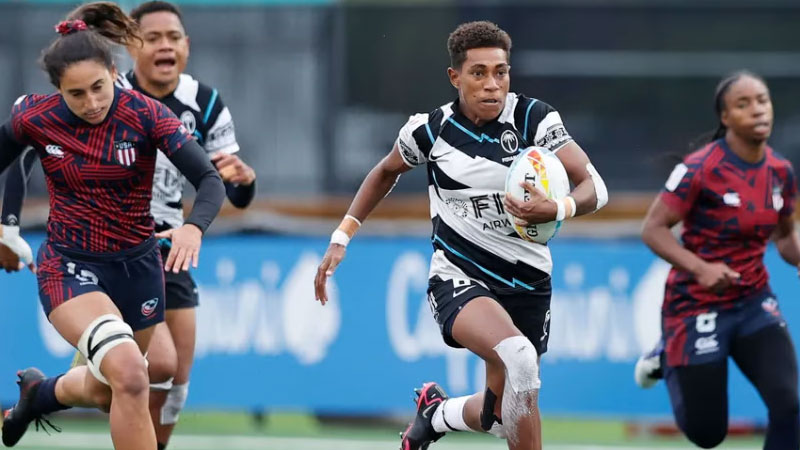 Alowesi Nakoci put on a dazzling performance as the Fiji Airways Fijiana 7s team beat USA 26-12 at the Toulouse 7s in France.

Nakoci opened the scoring in the third minute of the first half with a try and quickly added her second 2 minutes later.

Vasiti Solikoviti finished off the first half with a try giving Fiji a 19-0 lead at the break.

Lavenia Cavuru got Fiji’s fourth try early in the second half before USA bounced back to score their two tries.

Fiji will play Australia in their second pool game at 4.04am tomorrow.

Meanwhile, the Fiji Airways Men’s Fiji 7s side will kick off their first game of the Toulouse 7s against Kenya at 12.34am tomorrow morning.