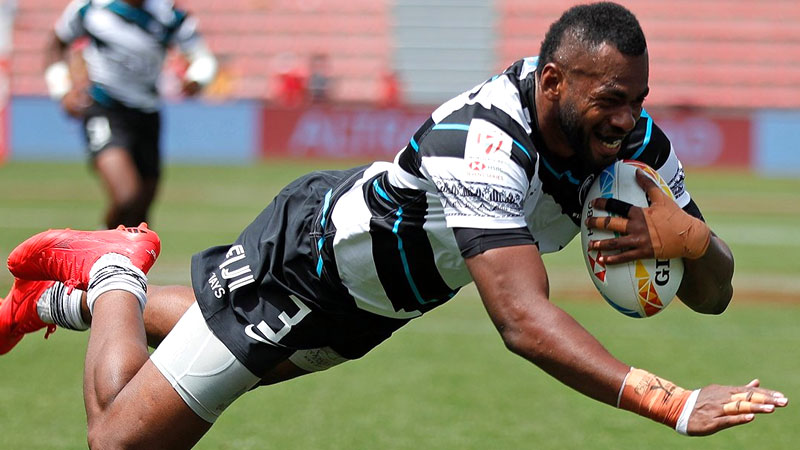 The Fiji Airways Men’s 7s team survived a major scare to beat USA 19-17 and qualify for the cup semis of the Toulouse 7s.

Fiji was left frustrated as handling errors and missed tackles riddled their first half performance.

USA starved Fiji of possession in the first spell and scored two tries to lead 12-0 at the break.

Tevita Daugunu had the chance to close the gap with a try in the first half but he lost the ball forward in the process of grounding it.

In the second half, Fiji turned the tables and put in a more polished performance with Josua Vakurunabili, Elia Canakaivata and Kaminieli Rasaku getting tries for Fiji.

Meanwhile, South Africa and New Zealand were bundled out in the pool stages.

New Zealand lost their final pool match to Australia while South Africa were beaten by Samoa and Ireland in their pool matches.