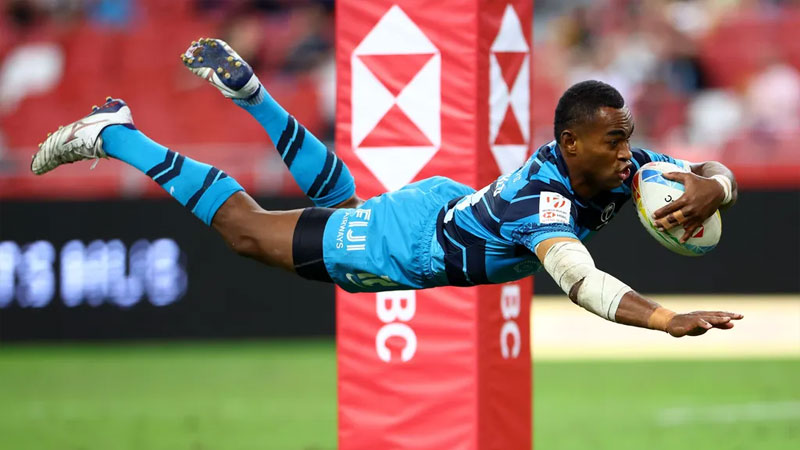 Vuiviawa Naduvalo came off the bench to score two tries as Fiji beat Samoa 28-7 in their semi final clash at the Toulouse 7s in France.

The win sees Fiji booking their cup final spot where they will face Ireland.

Fiji dominated Samoa throughout the game by holding on the ball and was intense in defence with hard tackles from Tevita Daugunu, Elia Canakaivata and Semi Kunatani.

Other tries in the game came from Pilipo Bukayaro and Daugunu.

The cup finals will be played at 4.26am today.

You can catch the live commentary of the cup final with our top rugby commentator Antonio Rahiman who will be joined by former Fijiana 15 openside flanker, Mere Moto on Viti FM on 92.2FM for Suva, Nausori, Central Division, Labasa, Nadi, and Lautoka, 92.6FM for Rakiraki and 92FM for Sigatoka, Coral Coast, Tavua, Vatukoula, Ba and Savusavu. You can also download the fijivillage app to listen to the commentaries through the live radio option.

Stay with us for live updates