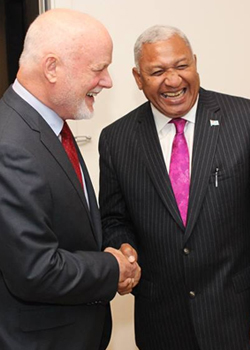 Prime Minister Voreqe Bainimarama who hosted a reception to farewell Thomson says it is a proud moment for Fiji as we honour the first Fijian to assume the Presidency of the UN General Assembly.

He says never before has a Pacific Island country attained such a lofty position in the UN system.

Bainimarama says speaking with one voice, we get the world to pay attention to the great challenges that face us all which includes climate change, sustainable development, the health of our oceans and the position of our women.

He says all those issues deserve a greater place on the global agenda.

Bainimarama says as Fiji assumes the Presidency of the 71st session of the UN General Assembly, we have never been in a better position to put our collective agenda forward.

He says we had to convince the nations of the world that we are worthy and we had to patiently secure the votes of 192 other nations in a campaign over many months to win their confidence.

Bainimarama says he also knows that Peter Thomson will be the first to say that this was a team effort – Team Fiji coming together to get our man across the line.

Bainimarama says he will never forget being in Port Moresby the week before the vote and being told that Fiji may not make it.

He says he realised that there were some very important potential votes all around him in the form of his fellow leaders at the EU-ACP summit and he systematically set out to lobby them by turning on the famous Bainimarama charm. 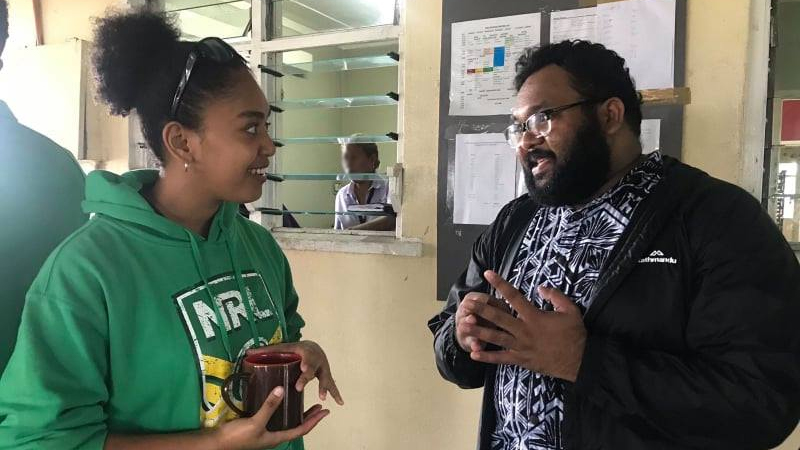 The Samabula Juvenile Centre today received $8,000 worth of items such as mattresses, pillows, blankets and cooking utensils from Inspire Pacific and ... 3 minutes ago

The Lautoka Sugar Mill will commence crushing for the 2020 Season this Friday. The Fiji Sugar Corporation says fabrication and engineering of the ... 17 minutes ago