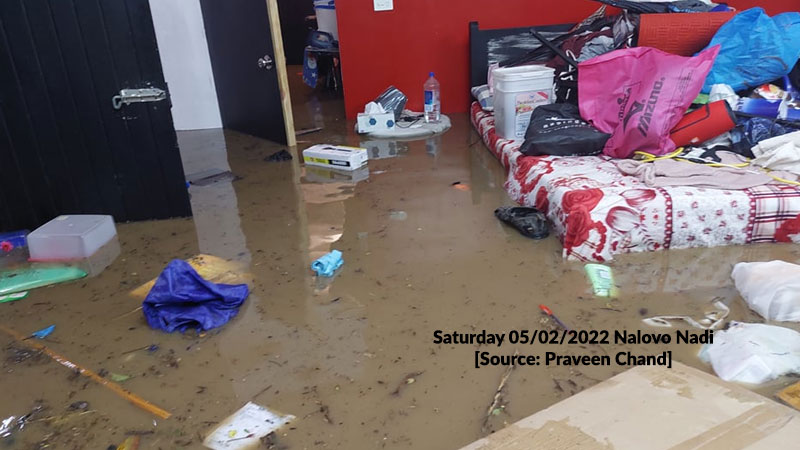 The Pastor of Anand Church in Nalovo, Nadi, Praveen Chand says they are cleaning their home and the church after yesterday’s flooding and are trying to recover whatever is left however damage is massive.

Chand says there is a thick layer of mud and silt on the floor and about 40 people are helping his family.

Chand says he had thought that he would be able to salvage something but now believes there is almost nothing left.

The Pastor says they were taking care of 5 children in their home who are from disadvantaged families and he will have to send them back to their homes this evening because he is not in a position to take care of them.

He says there was no place for them to sleep last night and had to find a dry spot on the floor to lay the mat for the children.

He adds they were impacted by floods about 6 years ago and lost almost everything and it took them 5 years to recover.

Chand further says they are trying to arrange for mattresses and bedding for themselves.

He also says people had brought food for them.

Chand says about 20 families have been affected in Nalovo and they had about 1 to 2 feet of water in their houses.

He says the Church has always helped the community through tough times brought by COVID-19 and the floods last month but this time it is his family who has lost everything.

If you want to assist Pastor Praveen Narayan and the families of the children he takes care of, you can call him on 9035364.