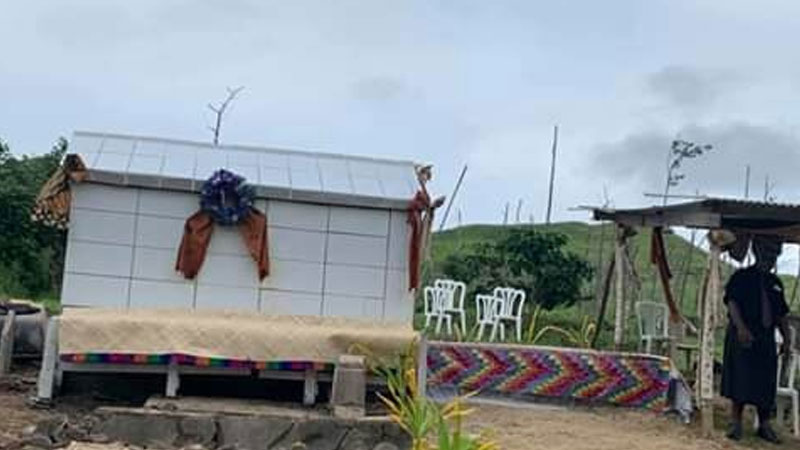 The late former Prime Minister and Tui Kobuca Laisenia Qarase has been laid to rest beside his mother in the village of Mavana in Vanuabalavu, Lau.

He was accorded a funeral fitting for a chief.

Women of Mavana village sat along the path leading to Qarase’s home as the former Prime Minister made one final rest at his home before being he was laid to rest buried at the community cemetery.

Samisoni Pareti who is one of the coordinators for the media during the funeral in Vanuabalavu says it was one of Qarase’s wishes to be buried beside his mother.

The funeral cortege of the late Qarase arrived in Vanuabalavu after 10am today and Suva at 7am.

They stopped over at Qarase’s residence at Moti Street in Samabula and then made their way to Nausori Airport.

[Methodist Church in Fiji and Rotuma]

The family had earlier stated that it was his wish to be buried in his village at Mavana and also not to hold any reguregu.

He is survived by his wife, Mrs. Leba Qarase, seven children, 27 grandchildren and three great-grandchildren.

A man who is alleged to have received stolen items is now in police custody. Officers from the Police Southern Division Taskforce managed to ... 48 minutes ago