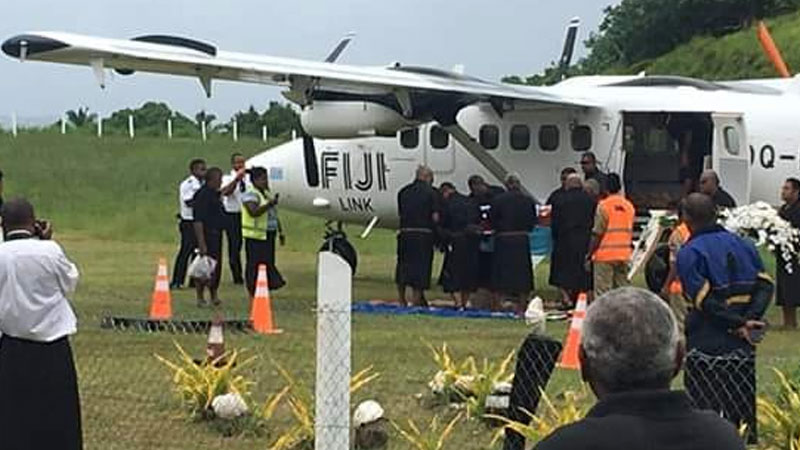 The funeral cortege of the late former Prime Minister, Laisenia Qarase has now arrived in Mavana, Vanuabalavu in Lau on a chartered plane.

The funeral cortege of the late former Prime Minister, Laisenia Qarase has now arrived in Mavana, Vanuabalavu in Lau on a chartered plane. 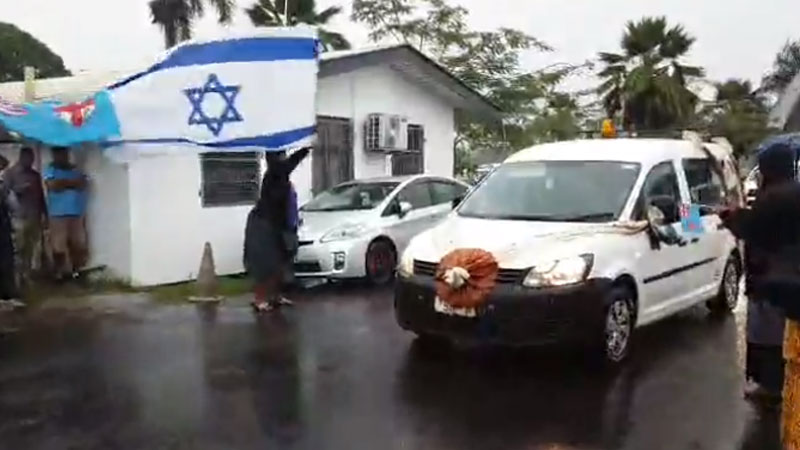 The funeral cortege left Oceania Hospital in Suva at about 7am today. They stopped over at Qarase’s residence at Moti Street in Samabula and then made their way to Nausori Airport. 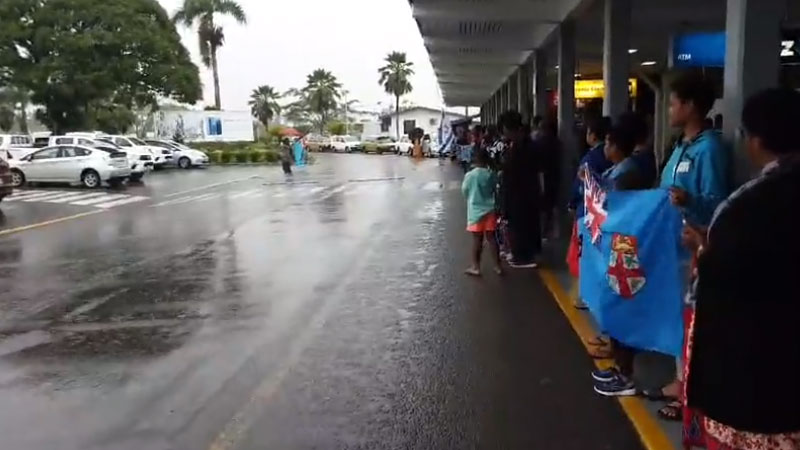 Samisoni Pareti who is one of the coordinators for the media during the funeral in Vanuabalavu says people in Mavana are now waiting for Qarase.

The funeral service will be this hour.

Qarase’s first cousin, 79-year-old Vuli Nukurewa has prepared fine mats and masi which has been used to decorate the “Naivaka”, Qarase’s house in Mavana village where the body will be placed for a few minutes before he is taken to be buried.

Women from all over Vanuabalavu island have also presented fine mats which will be used during Qarase’s funeral.

Inside the Naivaka; fine mats, tapa and flowers adorn the main living area.

On the outer deck, masi kuvui (brown masi) used only on people of noble birth hanging to signify the passing of the Tui Kobuca, the title the former PM held as chief of his village.

The thanksgiving service will be officiated by the President of the Methodist Church in Fiji, Reverend Dr. Epineri Vakadewavosa.

The Vatulave Clan is tasked to bury the late Tui Kobuca.

He passed away last Tuesday after a short illness. He was 79.

He is survived by his wife, Mrs. Leba Qarase, seven children, 27 grandchildren and three great-grandchildren.

The grandfather of the 13-year-old girl who was murdered in Namara, Labasa last month is pleading with the public to come forward if they have any ... 2 hours ago