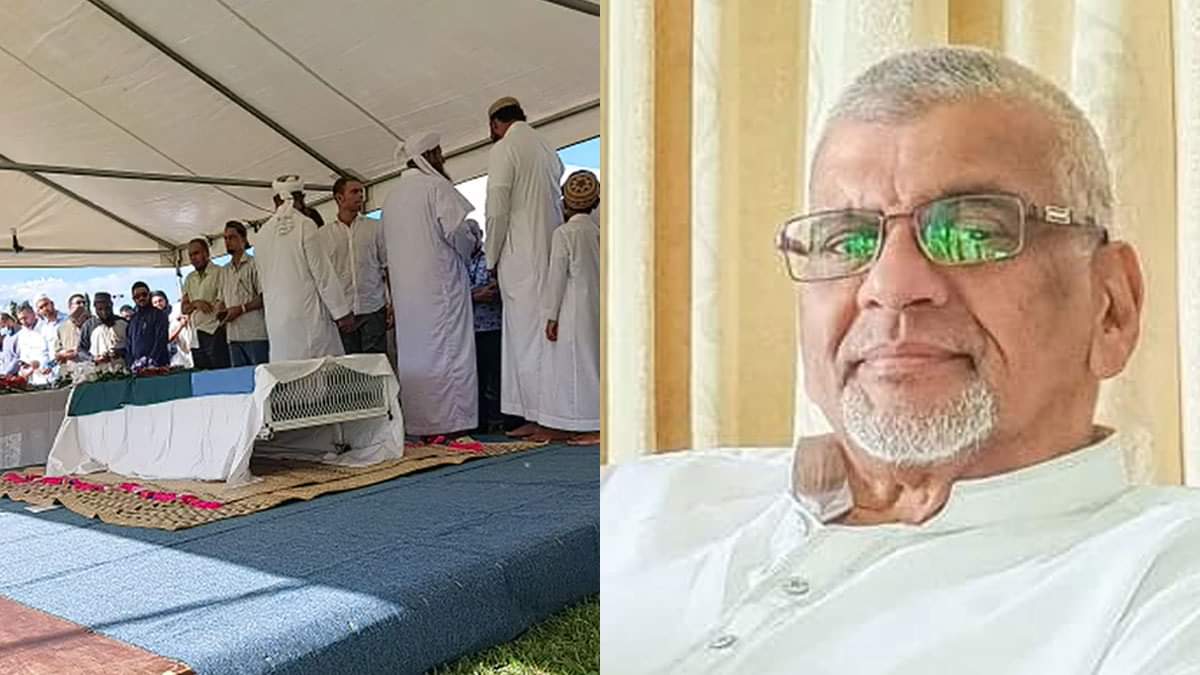 The late President of the Fiji Muslim League, Haji Hafizud Dean Khan always ensured the small Muslim community in Fiji was intact and vigorously promoted unity amongst them.

While giving his eulogy at Khan’s funeral gathering at Nadi Muslim School this afternoon, the Senior Vice President of the Fiji Muslim League Nisar Ali says Khan also ensured girls and women were never left behind.

Hundreds turned up in numbers in Nadi this afternoon to pay their last respects to Khan.

Khan was the Chairman of the Hexagon Group of Companies which owns and operates a number of hotels and service apartments.

He has served as a director and advisor of various private companies and government statutory bodies.

Khan also served in various capacities with the Fiji Muslim League since 1995 when he was the assistant secretary with the Nadi Branch.

He was appointed as the National President of the League in 2001.

Khan was also the Prime Minister’s nominee in the senate in July 2005.

He was laid to rest at Enamanu cemetery.

A new study of the Fiji National Provident Fund by the International Transport Workers Federation has recommended an urgent independent review and ... 7 hours ago

A new record has been set by Aminiasi Tavailagi of Ratu Kadavulevu School in the Sub Junior Boys Long Jump, and he has also qualified for the 100 ... 7 hours ago