Tabuya says Govt should have postponed the reopening of our borders

Govt has done a total turnaround from saying the chiefs should go home and drink homebrew, to appointing a chief as the President of the country - Tabuya

Tabuya says Govt should have postponed the reopening of our borders

Govt has done a total turnaround from saying the chiefs should go home and drink homebrew, to appointing a chief as the President of the country - Tabuya 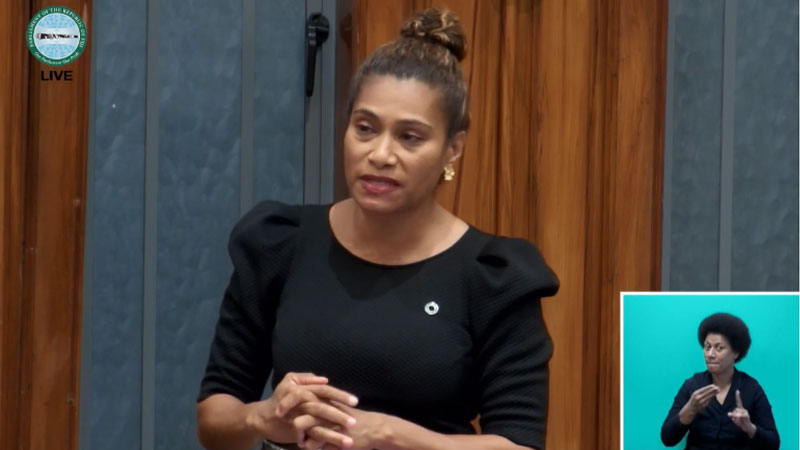 SODELPA MP Lynda Tabuya has today told parliament that she firmly believes that the Government should have postponed the reopening of our borders.

While responding to the President’s opening address of Parliament, Tabuya says we should have postponed until we understand the risks posed by the new COVID variant, Omicron.

Tabuya says she wants the tourism sector to thrive again but not at the cost of opening the borders again as we have just begun to gain some sense of normalcy.

She also says our lives are more important than our livelihoods.

Tabuya adds while Australia has reassured its citizens to remain calm as they look for answers, the Fijian Government was waiting at the airport tarmac to greet the world.

Tabuya claims that time and again the Government has shown that they cannot keep Fiji safe.

She says political wisdom is not boasting about how the Government helped the people, when the majority of Fijians helped themselves with their FNPF.

Tabuya adds that political wisdom is not having a token 3 day quarantine to keep us safe from the Omicron variant.

She says they were surprised that this Government has done a total turnaround from saying the chiefs should go home and drink homebrew under the mango tree to appointing a chief as the President of the country and another chief as the FijiFirst Party President.