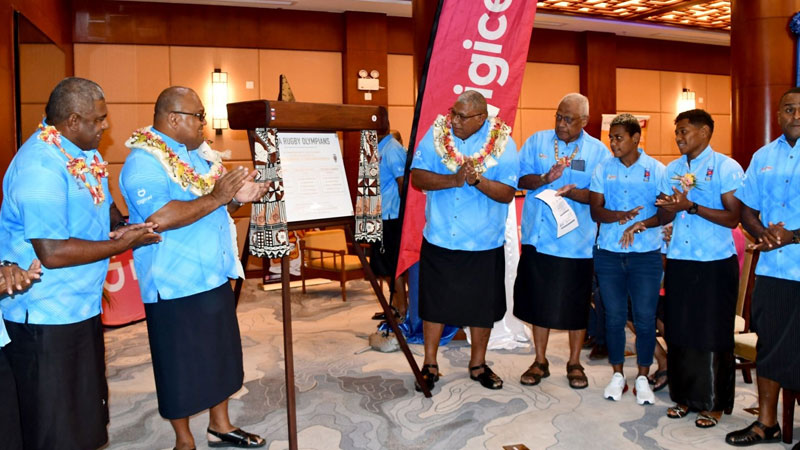 The Suva Rugby Union players and officials that helped Fiji win gold in the 2016 and 2021 Olympic Games have been recognised by the club at a special celebration.

While officiating at the celebration, President Ratu Wiliame Katonivere reminded the Union that rugby is no longer a pastime but a means of employment.

He says rugby reaches all sports and sectors in the nation and a Fijian rugby player is a marketable commodity.

Ratu Wiliame says the large remittance sent back to Fiji from players is a testament to this.

He adds Suva Rugby continues to rise and raise the bar in terms of governance, development and performance excellence.

The President says as a patriot for the Macuata Rugby Union, he has always stressed to rural rugby teams to follow Suva Rugby’s format and management because good governance is vital.

Roko Tui Suva Sanaila Mudunavosa, Suva Rugby sponsors and friends and family of the players and officials of the Suva Rugby Union were also present at the event.