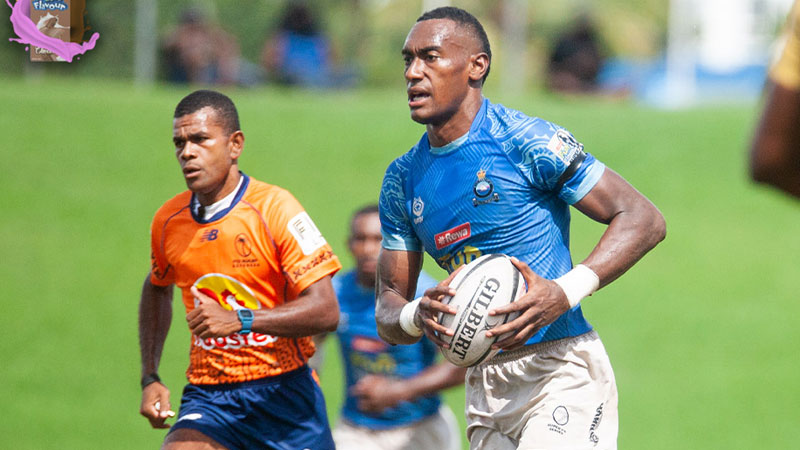 Petero Kelevanua scored a hat-trick for the Police Blue side as they defeated a star-studded Barbarians side 27-7 in the final of the 3rd leg of the Fun Flavour Super 7s Series.

Kelevanua scored a double in the first half giving Police Blue a 15-0 lead at the break.

His third try came in the final minutes, sealing the victory.

The Barbarians beat Raiwasa Taveuni 19-17 in the first semi-final while Police Blue beat Wardens 12-0 in the second semi-final.

In other results, Wardens beat Raiwasa Taveuni 24-5 in the third-place playoff and Tabadamu defeated Eastern Saints 20-10 in the 5th place playoff.