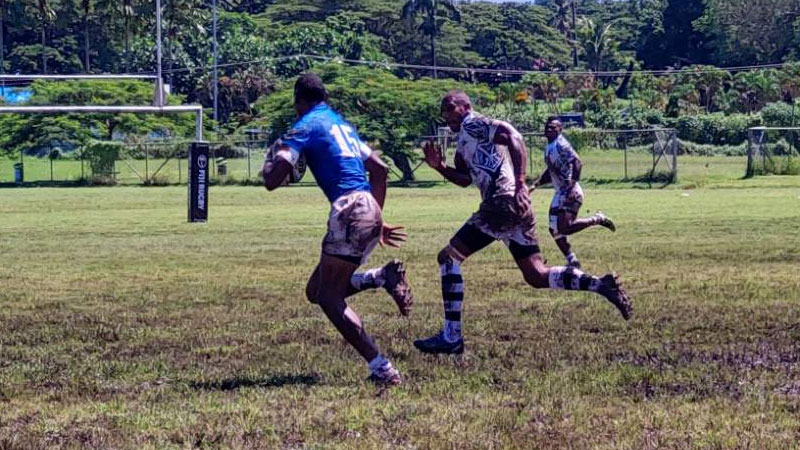 Police Blue were forced to work hard for their 21-12 win against Barbarians in the 3rd leg of the Fun Flavour Super Sevens Series in Lautoka.

Semi Kunatani scored two first half tries for Barbarians and led by example in defence.

Police bounced back and scored a late first half try through national 7s rep Filipe Sauturaga after a kick and chase from the half way.

National reps Josefata Talacolo and Livai Ikanikoda went on to score a try each for Police Blue in the second half.