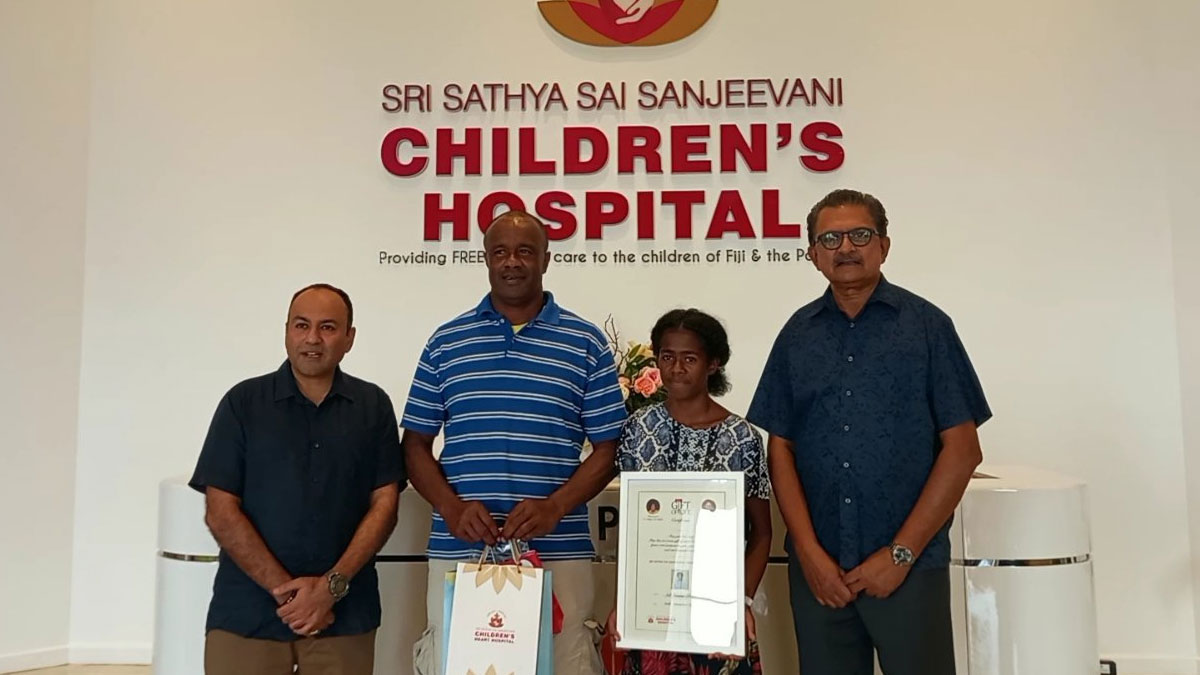 A father who was struggling to find funding for his 13-year-old daughter's heart surgery says he is so grateful to the Sai Sanjeevani Children’s Heart Hospital.

Serupepeli Tuitoga the father of 13-year-old Adi Emma Elena who was diagnosed with congenital heart disease last year says his family had struggled to find funding from the Government and the community for his daughter's surgery.

He adds travelling on horseback from the Namosi highlands to Navua in a boat to come to the Children’s Heart Hospital, he wondered who would help him and his daughter.

Tuitoga says he was looking forward to the day when his daughter would be operated on.

The father says his family was looking for a source to sponsor Emma to travel overseas for her surgery.

He adds he was the School Manager in Namosi and the school sent a request for a check-up at the Sai Sanjeevani Children’s Heart Hospital last year.

He then received a call back for a review on the 19th of this month.

He says he is grateful to the Lord for their past and the heart of love from the Sai Sanjeevani Hospital for the sponsorship and the team of surgeons from India, the United Kingdom, Australia and the United States for conducting the surgery.

Emma has been discharged from the hospital and was also presented with gifts and a gift of life certificate.