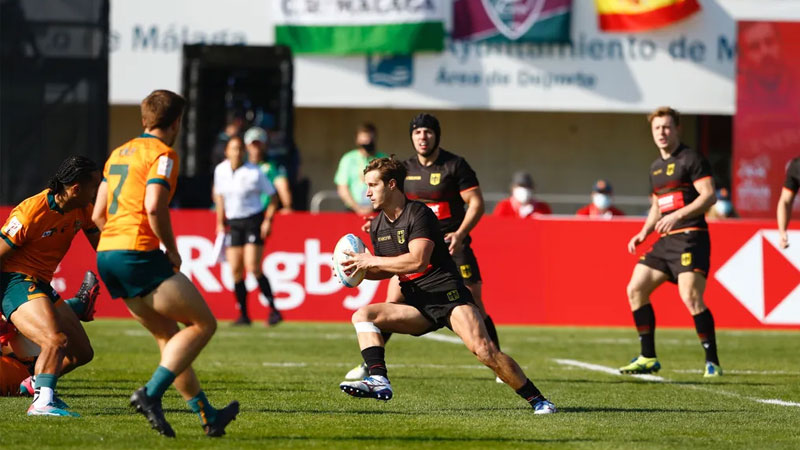 Current men’s and women’s 7s Series pace-setters South Africa and Australia remain on course for a third tournament win of the campaign following a day of thrills at the Malaga 7s.

The Blitzboks made sure of their place in the Cup quarter-finals and are one of seven unbeaten men’s teams heading into day two.

Third seed Australia are another of those, although they were held to a 12-12 draw by an impressive performance from invitational side Germany.

Top women’s seed Australia needed to dig deep to beat Ireland at the end of day one but finished as one of four unbeaten women’s sides.

With four Cup quarter-finals places still up for grabs, there is plenty to play for on day two.

The competition resumes at 8 tonight.