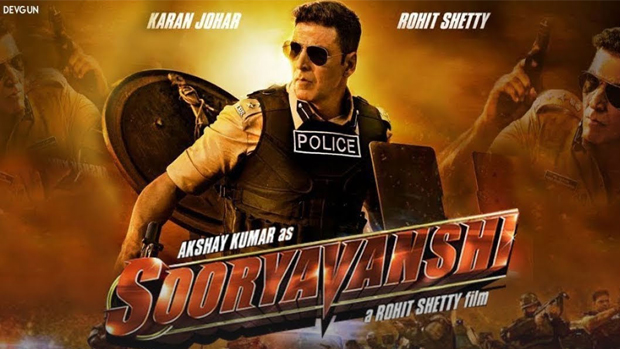 After much anticipation, Bollywood film, Sooryavanshi’s trailer has finally dropped.

The entire cast including Akshay Kumar, Katrina Kaif, Ranveer Singh and Ajay Devgn were in attendance for the launch of the trailer.

The trailers sees Akshay Kumar as an Anti-Terrorism Squad Officer and to fight terrorists, he gets help from Simmba and Singham, as in, Ranveer Singh and Ajay Devgn.

It’s only been about 12 hours since the release but the trailer has received over 33 million views on YouTube.

The cop action flick will hit theatres on March 24.

It will be the first Bollywood film to enjoy a round-the-clock screening in Maharashtra, a move which comes against the backdrop of the Maharashtra government's decision to keep multiplexes, restaurants, and malls open 24X7.