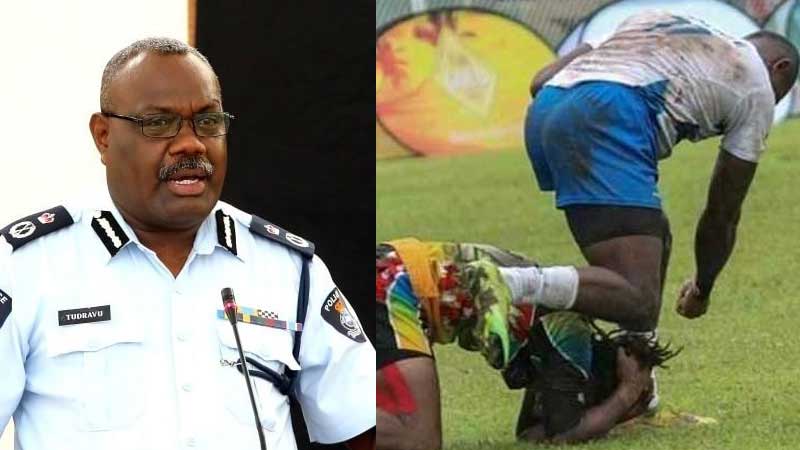 Acting Police Commissioner Rusiate Tudravu says the Police White 7s team has been suspended until further notice and he has directed an internal investigation to be conducted after two Police White players threw punches during the quarter-finals of the Nawaka 7s tournament yesterday.

The two players were red-carded.

Four players of the Police White team were also shown yellow cards after the brawl.

Many fans have raised serious concerns about the conduct of these players.

Tudravu says they are allowing these officers to play under their community policing concept in reaching out to the youths.

He adds he does not condone police officers wearing police jerseys to be involved in situations such as this.

Meanwhile, Fiji Rugby Union CEO John O’Connor says they are waiting for the report from the Nawaka 7s committee.

He says the issue should have been dealt with according to the Nawaka 7s Tournament Terms of Participation.

O’Connor adds they are also reviewing the incident before making any decisions.

Minister for Communications and Attorney General, Aiyaz Sayed-Khaiyum says more government online services, including the digitalFiji platform and the... 48 minutes ago
LATEST NEWS

The Fiji Sports Council is working together with the Ministry of Health in becoming one of Suva’s host venues to cater the registration and ... 49 minutes ago