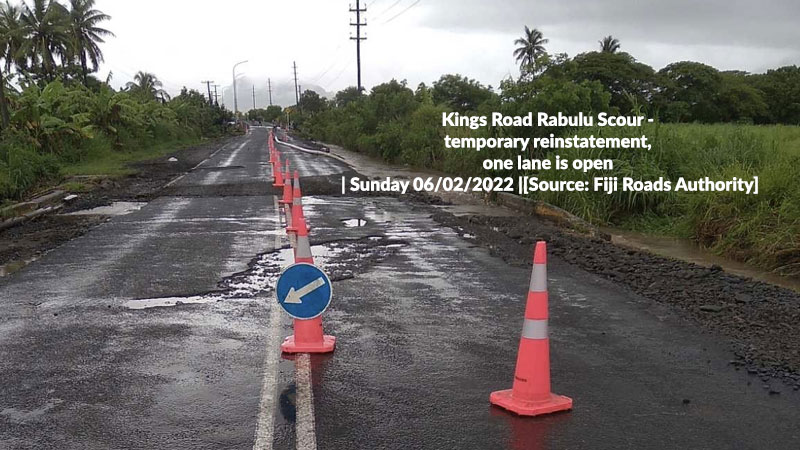 Some parts of Kings Highway are closed due to flooding while Queens Highway is open for traffic at this stage.

Fiji Roads Authority says Kings Highway near Shop n Save in Tavua is still flooded and the section in Yaladro, Tavua is also closed due to flooding. Only one lane is open in Rabulu, Tavua.

FRA says Queens Highway remains open however this may change as the Western Division continues to experience heavy rain.

Nadi Town roads are accessible apart from surface flooding at the market and bus stand area. Nadi back road is closed near Nadi Town entrance at the fuel station.

It says the road between Ba Bridge and Vadravadra at Wailailai Flats is closed as it is underwater.

Bureiwai Bypass in Ra has been washed away.

All major roads in Central and Northern Divisions remain open.

20 people were charged with a total of 47 counts of serious sexual offences last month. Of the 20 people charged, two were 17-year-old boys who ... 2 minutes ago