Sole breadwinner aims to construct house when he returns from Australia

Sole breadwinner aims to construct house when he returns from Australia 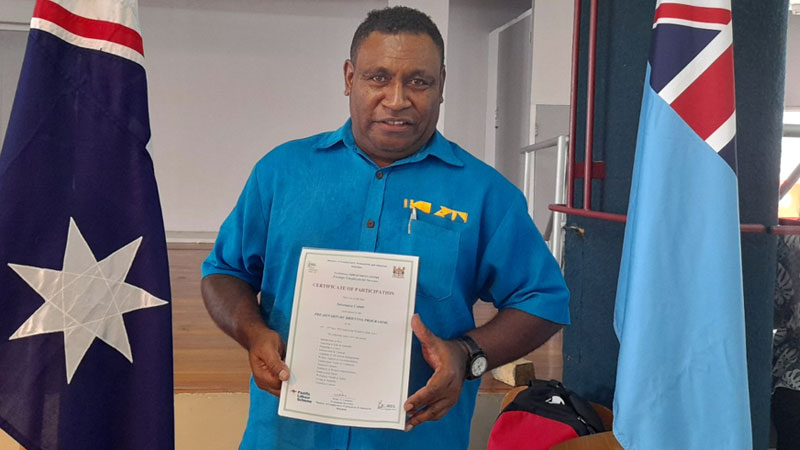 A 46-year-old man from Bau who is the sole breadwinner of his family is aiming to construct a house when he returns from Australia.

Savenaca Colati is one of the 103 workers that will be leaving for Australia next week under the Pacific Australia Labour Mobility Scheme.

Colati who was laid off during the pandemic while working at Mana Island Resort says this opportunity has come at the right time.

He is also calling on fellow Fijians to be part of the scheme and upskill themselves.

Minister for Employment, Parveen Bala urged the workers to always think of their brothers and sisters who would want to be part of the scheme in the future.

Bala also told the workers to always leave a good name for Fiji when they are in Australia as this is part of the Vuvale Partnership that this government has formed with Australia.