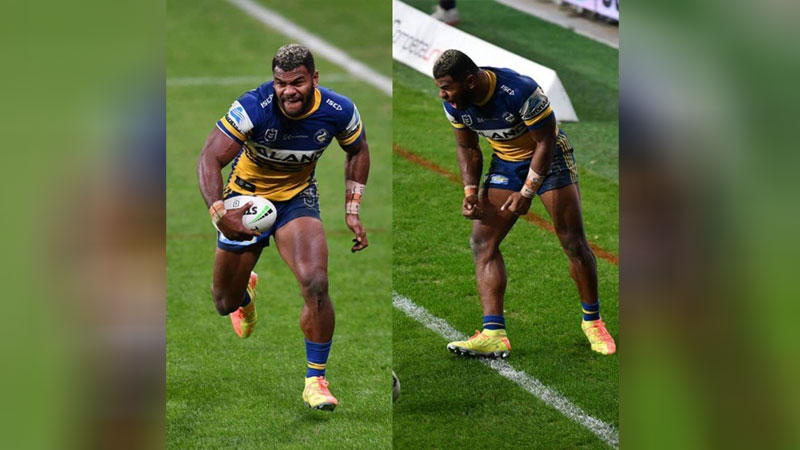 Explosive winger Maika Sivo is so strong the Parramatta Eels coaching staff had to stop him from doing weights.

The 26-year-old made headlines in pre-season when reports claiming that he squatted 285 kilograms in the gym only because they could not fit any more plates on the bar.

Sivo’s strength was seen when he tumbled Roosters fullback James Tedesco in Round 6 ending his game that day due to a concussion.

Eels coach Brad Arthur says the club’s conditioning and coaching staff have limited Sivo’s weights sessions in case he gets too big and with Sivo still running at 110kg or 111kg each week at training as a winger is so impressive.

Sivo has scored 4 tries, made 21 tackle breaks and made 2 try assist this season.

The Eels will take on the Cowboys at 9.55 pm Friday.