Seruiratu says Prof. Prasad does not know what he is talking about while Prasad tells Seruiratu to do his job

Seruiratu says Prof. Prasad does not know what he is talking about while Prasad tells Seruiratu to do his job 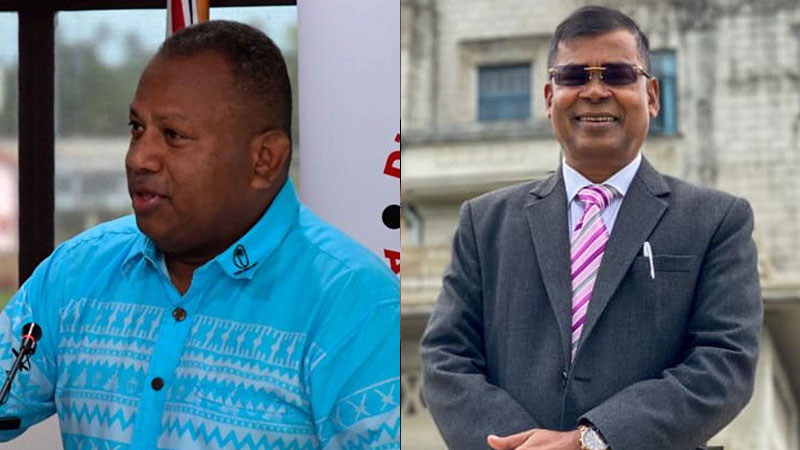 Minister for Disaster Management Inia Seruiratu says National Federation Party Leader, Professor Biman Prasad does not know what he is talking about after Prasad said Seruiratu should stop talking about politicians and just do his job, something which he says the Government has miserably failed to do.

During a press conference on Wednesday, Seruiratu had said that TC Cody is the first cyclone that has become so politicized and one can bet that this is because this is an election year.

He says election year or not, no one has an excuse to demand their frontline officials to place themselves at life-threatening risks.

However, Professor Prasad says Seruiratu is himself a politician and they were missing for 48 hours when people in evacuation centres were needing help.

Prasad says if it was not for a certain NGO and community groups, many of those people would have been seriously affected.

He says as the Opposition, it is their job to raise these issues on behalf of the people because the people were calling them.

When questioned, Seruiratu says the government is doing an excellent job in responding to the needs of the communities.

Seruiratu had earlier said that while they work tirelessly to reach every Fijian impacted by severe weather, we must all remember that early preparation is key to enduring disasters.

Seruiratu says as responsible citizens, it is common sense that we prepare ourselves accordingly before a disaster strikes by bringing a disaster kit including two to three days of food items to evacuation centres.

He says this has been their consistent advice to the public for years due to the difficulties and uncertainty of reaching cyclone-affected communities within the first 48 hours of a disaster.

The Minister for Disaster Management says their priority is to get relief supplies as fast as it can be done but there are serious hazards to their frontline officials in the immediate aftermath of a storm.