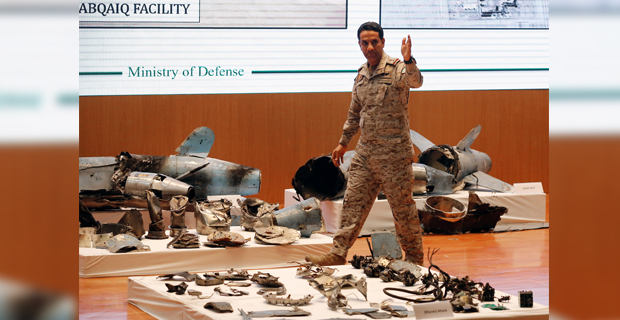 Saudi Arabia's Defence Ministry has shown off what it says is the wreckage of drones and cruise missiles that proves Iranian involvement in weekend attacks on two oil facilities.

It said 18 drones and seven cruise missiles were fired from a direction that ruled out Yemen as a source.

BBC News reports Yemen's Iran‑aligned Houthi rebels had said they were behind the attacks.

Iran has denied any involvement and warned it would retaliate against any attack that targeted it.

The US has stood by its accusation that Iran was behind the attacks.

Secretary of State Mike Pompeo said it was an "act of war".